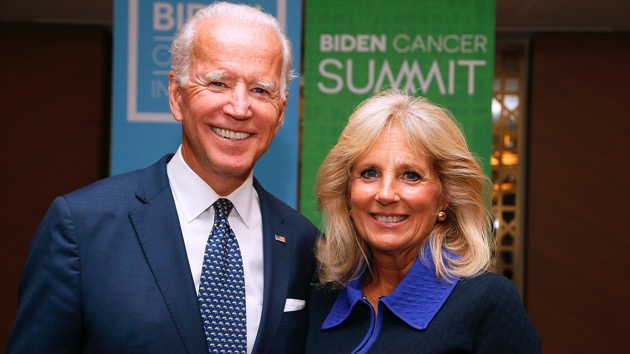 (HOUSTON) — As he continues his push for union support, former Vice President Joe Biden announced his education plan at a town hall in Houston hosted by the American Federation of Teachers on Tuesday afternoon.

Biden’s education policy focuses on issues of equity and includes a plan to address teacher pay, direct more resources to schools, greater investment in early childhood education to help kids bridge the gap into elementary school and beyond and a focus on helping provide middle and high school students careers.

The proposal also calls for a reinstatement of an Obama-era plan aimed at school diversification – Department of Education guidance that buttressed school desegregation efforts at the K-12 and collegiate levels. In the 65 years since Brown vs. Board of Education, the landmark Supreme Court case that ruled segregated schools are unconstitutional, a recent study reveals that black students remain segregated in classrooms and schools across the country.

Biden plans to “triple funding for Title I, the federal program funding schools with a high percentage of students from low-income families, and require districts to use these funds to offer educators competitive salaries and make other critical investments prior to directing the funds to other purposes.” Biden argues that the additional funding in order to give teachers a raise “will allow school districts and educators to decide what the biggest need is for their communities instead of using a one-size-fits-all approach.”

Additionally, Biden plans to help teachers and educators pay off their student loans by see that the “existing Public Service Loan Forgiveness Program is fixed, simplified, and actually helps teachers.”

Biden’s plan will also call for an increase in infrastructure spending to improve public school buildings, some of which he says are making kids and educators sick. Biden says that funds will first be used to address health risks, then any additional funds “will be used to build cutting-edge, energy-efficient, innovative schools with technology and labs to prepare our students for the jobs of the future.”

The former vice president also pledges to “work with states to offer pre-K for all three- and four-year-olds.”

Biden says his administration would also invest in school vocational training and partnerships between high schools, community colleges, and employers. He says that the “partnerships will create programs that allow students to earn an industry credential upon high school graduation, a credential that readies them for a good-paying career.

Biden’s policy paper offers no price tag for his plan and doesn’t address how it will be paid for.

The town hall is part of the union’s 2020 endorsement process for its 1.7 million members. Biden will be joined by his wife, Dr. Jill Biden, a veteran educator, and the couple will attend the town hall along with AFT President Randi Weingarten, Houston Federation of Teachers President Zeph Capo, union members and students.

Biden is the latest 2020 presidential candidate to participate in a teachers’ union town hall with Weingarten. Sen. Bernie Sanders, Sen. Elizabeth Warren, Sen. Amy Klobuchar, Rep. Tim Ryan, and Sen. Kamala Harris have all participated in events with the union.

More broadly, a number of Democratic presidential candidates have zeroed in on education reform as an area rich with possibilities with plans that aim to address issues of equity, teacher pay and school resources.

Biden is one of several candidates, including Sen. Sanders, I-Vt., Sen. Harris, D-Calif., and former Housing and Urban Development Secretary Julian Castro, who have released plans to increase teacher pay and reform public education as a whole. From coast-to-coast, teachers have been striking over the past few years calling for higher wages and an increase in funding to public schools – some of the efforts proving victorious in cities like Denver where they negotiated an 11.7% raise for next year.

In addition to addressing teacher pay, Sanders is also calling for a temporary halt to public funding directed toward nonprofit charter school expansion and an outright ban on for-profit charter institutions. Under his plan, financial disbursements could be restored after schools are audited to probe the impact of their growth, but no public money will be directed toward new schools.