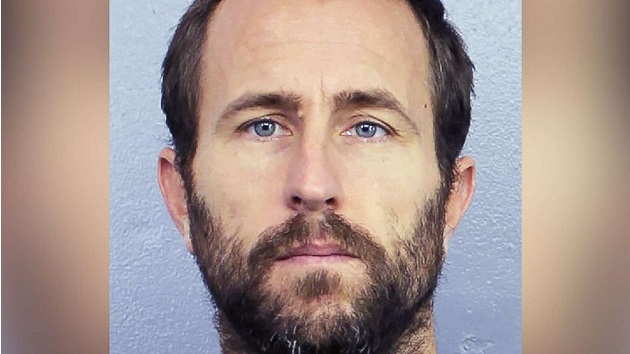 (MARATHON, Fla.) — A British man whose wife disappeared during a honeymoon trip at sea has been sentenced to eight years in federal prison.Lewis Bennett, 42, was ordered to prison on Tuesday after pleading guilty to manslaughter in the 2017 death of his wife, Isabella Hellmann.Bennett and his wife were on a Caribbean sailboat adventure for their honeymoon in May 2017, when Hellmann mysteriously vanished from the vessel. Bennett told prosecutors that he was asleep below deck when something slammed into the nearly 40-foot vessel vessel.He said Hellmann was missing when he came above deck, but her family believes he killed her and staged the accident to cover it up.Prosecutors said he did almost nothing to try to find her. They said he had hands-on sailing experience on the open water for “extended periods of time, including a three month voyage from St. Maarten to Australia,” according to a Department of Justice statement.”Bennett is an experienced sailor who received a certification from the Royal Yachting Association in the United Kingdom as a Coastal Skipper. This training included instruction on emergency procedures such as man overboard protocols and night sailing safety,” the DOJ said in a statement. “In contrast to Bennett, his wife had not been trained in emergency sailing procedures, did not have a sailing certification and had substantially less sailing experience.”Bennett, a dual citizen of Australia and the United Kingdom, spent about 45 minutes loading a life raft with various items — including food, water, safety devices and stolen silver and gold — before he called for help, according to the statement.By examining photos and video the U.S. Coast Guard took of the catamaran before it sank, an expert hired by the FBI to help in the high-seas mystery determined Bennett’s story couldn’t be true.”Based on the analysis it does not appear the vessel sinking was caused by accidental damage. Rather, it appears the vessel was intentionally scuttled,” an associate professor of nautical architecture and ocean engineering at the U.S. Coast Guard Academy stated in court records.Bennett also pleaded guilty separately in November to transporting $5,000 of gold and silver coins, according to a criminal complaint.A Coast Guard helicopter ultimately rescued Bennett and transported him to a hospital in Marathon, Florida. The U.S. Coast Guard suspended a multi-day search for Hellman on May 18, 2017.”To date, Ms. Hellman has not been found and has not contacted any of her family. Based on all evidence, Ms. Hellman is dead,” the statement said. “Hellman’s death occurred as a result of Bennett’s knowledge of circumstances that existed that could have reasonably enabled him to foresee the threat to life to which his acts or failures to act might subject another, namely Ms. Hellman; and his gross negligence, amounting to wanton and reckless disregard for human life, in acting or failing to act as a result of that.”Bennett, who shares a 2-year-old daughter with Hellmann, had asked for a seven-year sentence instead of the eight-year maximum so that he could be reunited sooner with her. The girl, who turns 3 in July, is being raised by his parents in Scotland.”We do not want to say anything bad about Lewis, but we would like him to know how much it hurts us not to be able to see and spend time with our granddaughter and niece, Emilia, since he took her out of the country,” the family wrote in a letter obtained by ABC News last year. “Lewis knows that Isabella’s mother was very much involved in caring for Emilia from the time of her birth here in Florida until she was lost at sea.” Copyright © 2019, ABC Radio. All rights reserved.