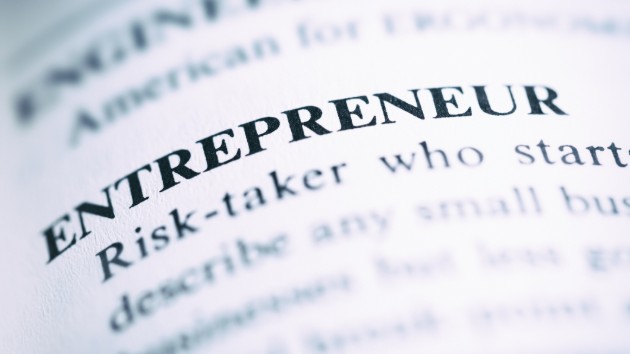 (NEW YORK) — Rejection sucks. Whether someone doesn’t get the job they applied for or their business proposal doesn’t get approved, being told no is never easy to hear.But the toughest obstacles in your career can also be major opportunities for growth.One way to view rejection is “as a learning possibility,” YouTuber Grace Helbig shared with ABC News’ Good Morning America at the 2019 Create & Cultivate conference in New York City on May 3.The third annual event in New York City brought together 1,500 attendees from around the world to network and engage in conversations with more than 80 CEOs and celebrities.Helbig and other successful influencers and female entrepreneurs shared their best advice for happiness and success, including how they have responded to rejection in their own careers.Plus-size model Hunter McGrady: ‘It fuels the fire for me’When Sports Illustrated swimsuit model Hunter McGrady isn’t serving looks at her photo shoots, she’s serving body positivity realness. At Create & Cultivate, she talked about mentorship, self-love and perseverance among many other things.”As a plus-size model, I haven’t quite been accepted into this industry as seamlessly,” McGrady told GMA.”I’ve heard a lot of ‘no,’ and if anything, it fuels me. It fuels the fire for me, and makes me want to keep going and push harder so that I can prove them wrong,” she said.YouTube queens Mamrie Hart and Grace Helbig: ‘Create your own path’ Mamrie Hart and Grace Helbig have become queens of YouTube with their hilarious, relatable conversations, and they continue to create with projects like their podcast, “This Might Get Weird.”Their experiences have helped them gain more wisdom as both successful women in business and creators.”Our podcast started because we got canceled on a digital series, so I think it’s less of a ‘no,’ and more like a ‘not like this,"” Hart shared with GMA. “So, learning how to pivot and to switch, and to not ask for permission.” “Create your own path,” she said.Helbig added that she sees failure and rejection as a “learning possibility,” like how can you use these situations to make things better.”If you don’t get told no at some point, you’re probably going to end up a real sociopath,” the pair joked.Beauty guru Deepica Mutyala: ‘Believe in the process and keep going’It’s not every day that your face appears on a billboard in Times Square, but that is the case for Deepica Mutyala, beauty expert and founder of the multicultural beauty brand Live Tinted.Mutyala became a viral sensation in 2015 when she posted a video on her YouTube channel about how to hide under-eye dark circles with red lipstick.Now, she’s making major moves in the beauty industry, but the path to get to where she is now wasn’t always easy. She shared how she responded to rejection along the way.”I went through the whole pre-seed fundraising process and I had a lot of nos, but then I had a lot of yes’ and they were the right ‘yes’ and the ‘yes’ that mattered,” she told GMA. “If you’re going through rejection, just believe in the process and keep going.”DevaCurl’s CEO Robert Schaeffler: ‘You’re probably doing something right’DevaCurl’s CEO Robert Schaeffler was proud to attend Create & Cultivate as a panelist because he felt it was a “great movement” to empower women.”You have women from all walks of life coming here to figure out: what does it take to make my dream a reality? And we’re here to empower them and give them advice,” he told GMA.As the CEO of a brand that is pushing the boundaries in beauty, he shared that if someone faces rejection in their career, it means they’re “probably doing something right.” “[It means] you’re making them slightly uncomfortable, and so lean into that,” Schaeffler said. “If you’re gonna to do something amazing, something that pushes the boundaries, you’re always gonna rub some people the wrong way.”

Carol’s Daughter founder Lisa Price: ‘The nos don’t mean never’The popular hair brand Carol’s Daughter has been known to make products for all textures and types of hair. It was created in 1993 in Lisa Price’s Brooklyn kitchen, when she started making hair products with her mother, Carol.She has learned a lot of valuable lessons throughout her career, which she shared with others at Create & Cultivate.”Being someone who is almost 57 years old, I’ve learned that with those ‘no’s’ come ‘yes’s,’ and the no’s don’t mean ‘never,"” she told GMA.”As something my mom taught me, always look at the glass as half full, never half empty,” she said.

Create & Cultivate Founder Jaclyn Johnson: ‘As a woman, resiliency is required’Jaclyn Johnson’s business Create & Cultivate has grown into a booming empire spanning across cities like San Francisco and New York.She felt the need to expand Create & Cultivate into a conference when she couldn’t find anything online to help support her as a 23-year-old entrepreneur.”I ran into so many issues, trials and tribulations you have as a young entrepreneur,” she shared with GMA. “When I looked online, nothing looked, felt or spoke to me as a young millennial woman, so I decided to create it.”As a famous entrepreneur who has overcome many different challenges, she’s learned that “as a woman, resiliency is required.””The way you bounce back and the way you show up after failure is just as important as how you fail,” she said.She suggested looking at rejection as a learning tool for improving your career and business. That way, when it does occur, she said, “the easier it will be to take it as it happens.”Copyright © 2019, ABC Radio. All rights reserved.

Companies target GOP with fundraising pullback. How much will it matter?
Blizzard warning issued for Midwest as storm moves into Northeast
Nation’s capital being turned into ‘fortress Washington’ ahead of inauguration
Democrats demand probe into nature of Capitol tours on day before assault
COVID-19 nurse wins improbable $1 million lottery prize
Betty White reveals how she plans to celebrate her 99th birthday