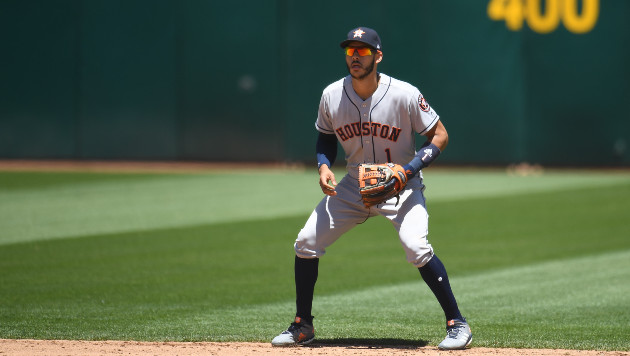 (HOUSTON) — Houston Astros shortstop Carlos Correa will miss four to six weeks with a fractured rib, Astros general manager Jeff Luhnow announced on Wednesday.Correa had been scratched from Tuesday’s game against the Chicago Cubs due to soreness. Luhnow told reporters only that Correa was injured at home before that day’s game. In a statement released on Wednesday, Correa said the injury occurred “during a massage.”Houston holds a 7.5 game lead over the Oakland Athletics in the American League West, despite having dealt with multiple injuries to key players in recent weeks. Second baseman José Altuve and outfielder George Springer have each been dealing with hamstring issues. Bench players Aledmys Diaz and Max Stassi, and pitcher Collin McHugh are also on the injured list.