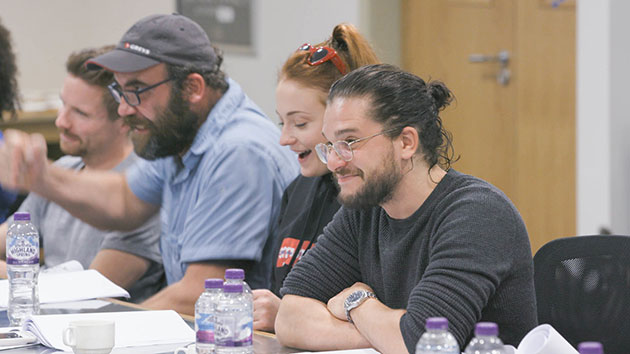 (NEW YORK) — Kit Harington, who played Jon Snow on the HBO series Game of Thrones, has entered a therapy program for “personal issues,” a rep for the actor says in a statement obtained by Entertainment Weekly on Tuesday.

The 32-year-old actor has been in a Connecticut health retreat for nearly a month, according to the rep, who adds, “Kit has decided to utilize this break in his schedule as an opportunity to spend some time at a wellness retreat to work on some personal issues.”

The statement seems to confirm an earlier New York Post story, in which a source claims the British actor checked into a $120,000-a-month facility where he’s been undergoing “psychological coaching, practicing mindful meditation and cognitive behavioral therapy to combat stress and deal with negative emotions.”

A “friend” of the actor adds that the end of the hit series “really hit Kit hard” and his wife, fellow GoT actress Rose Leslie, “is being extremely supportive.”

Harington also expressed his grief over GoT ending in an April Esquire interview, saying, “The final day of shooting, I felt fine…Then I went to do my last shots and started hyperventilating a bit. Then they called, ‘Wrap!’ And I just f****** broke down. It was this onslaught of relief and grief about not being able to do this again.”