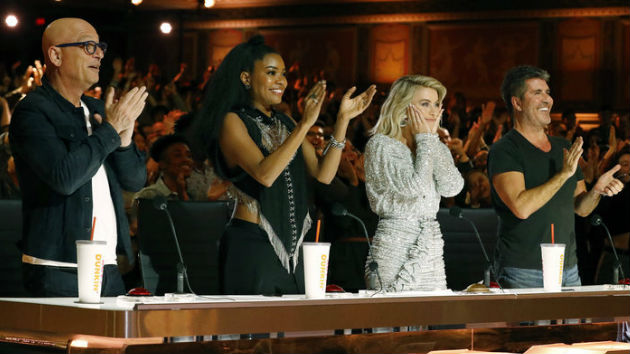 Howie Mandel, who’s been a judge since season four, tells ABC Radio that this go ’round “raises the bar” for the popular reality show.

“You know obviously I miss Mel and Heidi and they — you know, Mel’s now doing the Spice Girls tour and Heidi is doing a huge show on Amazon,” explains Mandel, adding, “Gabrielle Union and Julianne Hough are a great addition. Two smart, experienced, articulate, empathetic young ladies who really add to the show.”

Mandel says with a laugh, “And I’ve got two new friends, so that’s it’s a win-win.”

“He is just a bundle of energy and joy and emotion and fun, and he really, you know ups the game of AGT,” Howie says of Crews. “This season is going to be, you know, it raises the bar.”

America’s Got Talent returns tonight at 8 p.m. Eastern on NBC.