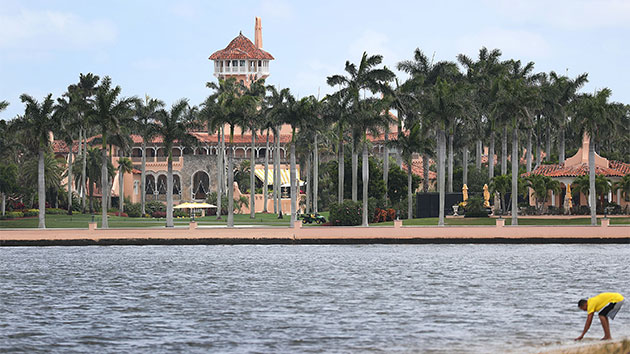 (WEST PALM BEACH, Fla.) —  An 18-year-old college freshman managed to sneak into President Donald Trump’s Florida country club while the president was there and wandered around before eventually being arrested, according to court documents.The teen, identified as Mark Lindblom, pleaded guilty to a misdemeanor trespassing charge on Thursday stemming from the Nov. 23, 2018, incident.Lindblom entered the Mar-a-Lago country club through a tunnel that gives club members access under a road and to the beach, The Palm Beach Post reported. Lindblom stood with club members and was wanded for weapons by Secret Service before he was allowed through the tunnel, said Marcos Beaton, an attorney for Lindblom, according to the Post. “This was a youthful indiscretion that, because of the circumstances, amplified the nature of the consequences to Mr. Lindblom and, as we said in Court today, amplified the risks, disruption and potential for catastrophe his decision caused,” Beaton told ABC News in a statement. “We consider this matter closed and have nothing but the highest respect for the job that the United States Secret Service does. Mr. Lindblom simply looks forward to moving on with his life.”Court documents say Lindblom was on vacation with his family at the time and took photos and video inside the club.“We have no reason to believe he had a political, criminal or terroristic purpose,” U.S. Attorney John McMillan is quoted by the Post as saying during a hearing Tuesday. “It was a foolish decision he did on a lark.”Lindblom was given a year probation as part of a plea agreement.A spokesperson for the University of Wisconsin-Madison confirmed Lindblom is a student there and recently finished the second semester of his freshman year.The Department of Justice declined to comment and the Secret Service did not immediately comment on the newly revealed incident.Security at Mar-a-Lago has been in the spotlight after a Chinese national named Yujing Zhang was accidentally let in the club because she had the same last name as a club member in March.She managed to make it to the reception desk before a receptionist realized Zhang was not on the access list.Zhang has pleaded not guilty to lying to federal agents and entering a restricted area. Copyright © 2019, ABC Radio. All rights reserved.