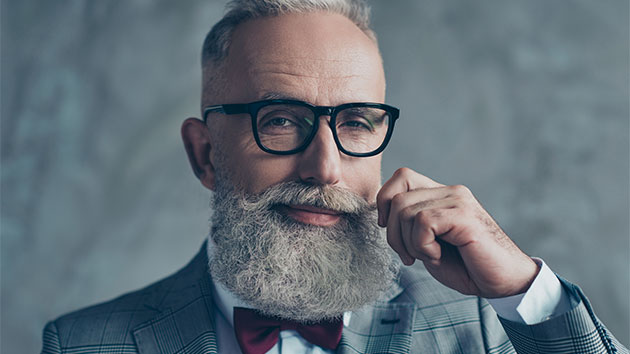 (NEW YORK) — Having a mustache might lower a person’s risk of developing a specific kind of pre-cancerous lesion on the lower lip known as actinic keratosis, according to a new study published in the Journal of the American Academy of Dermatology.Although only about 1% of actinic keratoses (AKs) usually turn into skin cancer, the rate can be much higher in AKs of the lower lip — as high as 14% to 17% of cases, according to the new study. Experts say that’s because the skin of the lower lip is thinner, lighter in color than the rest of the skin, and because the lower lip faces up towards the sun’s harmful rays.For the study, researchers looked at 200 men with a history of precancerous growths on the head or face — 59 of whom had worn mustaches since their early 20s — and took into account a variety of risk factors for developing AKs on the lip, including occupational or recreational sun exposure, tobacco use, blistering sunburns, history of skin cancer and age.They found that “sheltering” mustaches that were more than about a third of an inch long had the “greatest and most significant” impact on reducing risk of AK on the lower lip in these men, the letter said.More than 58 million people in the United States have an AK on any one location on their body, according to the Skin Cancer Foundation. AKs usually appear in people with lighter skin on the face, scalp and back of the hands and are believed to be caused by ultraviolet damage to the DNA of skin cells over time.AKs usually show up as rough spots that are more easily felt than seen. Sometimes, they are pink and scaly, and occasionally they turn into a horn-like growth. When on the lips, they can make lips feel constantly dry and chapped.Most people who develop an AK won’t experience any particularly bothersome symptoms. But if left untreated, some AKs may eventually grow into a squamous cell carcinoma, the second most common type of skin cancer.Dr. Christine Ko, professor of dermatology and pathology at the Yale University School of Medicine, told ABC News that it’s important to get treated when AKs become thick, painful or are growing larger. “We recommend treatment because it is difficult to know which lesions will turn into skin cancer,” she said.Treatment usually depends on the number of lesions a person has. When fewer lesions are present typically only cryotherapy to freeze them off is required. Creams and other in-office procedures like chemical peels and light treatments are often used when many lesions are present or larger areas are involvedFortunately, preventing AKs is possible. Simply protect your skin from the sun by wearing sunscreen — and reapplying it as necessary — on areas of your body exposed to the sun, whether that’s the arms, legs, face or head. Long pieces of clothing and hats can also help protect the skin. And, as the new study suggests, mustaches might, too.

Pastor says addressing resistance to Biden administration is part of the job
John Krasinski, Dan Levy, Regina King are the first ‘SNL’ hosts of 2021
Lawmakers outraged at images of National Guard sent from Capitol to parking garages
“I was just trying to keep warm!” Bernie Sanders laughs on ‘Late Night’ about his meme-ready picture
‘Game of Thrones’ prequel, ‘Tales of Dunk and Egg’, in the works at HBO
Jane Krakowski loves ‘Dickinson”s spin on the poet