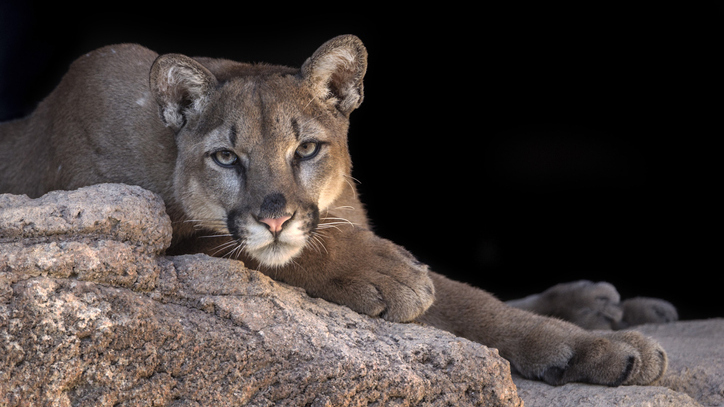 Dennis Holcomb Photography/iStock
Posted on May 28, 2019 by ABC News

(SAN DIEGO) — A 4-year-old boy is “extremely lucky” to have survived a suspected mountain lion attack in San Diego that left him with non-life-threatening head injuries, officials said.The lion was euthanized after the Monday afternoon attack at Los Penasquitos Canyon Preserve, Lt. Scott Bringman of the California Department of Fish and Wildlife (CDFW) said at a news conference on Tuesday.The lion, an 80-pound adult female, was not scared of the wardens, Bringman said.Officials have not confirmed if the euthanized lion was the same animal that attacked the 4-year-old, said Bringman. Officials will test the lion for DNA from the boy, he said.The boy’s father had fought back during the attack, throwing rocks to scare the lion away, Bringman said.”Luckily the dad was there and fended off the animal,” said Bringman.The little boy, whose name was not released, was taken to Rady Children’s Hospital on Monday, Bringman said.A hospital spokesperson said in a statement: “The 4-year-old boy is in good condition, recovering well from his injuries and expected to be released from the hospital soon. The family requests privacy at this time.”Bringman said this was first mountain lion attack in San Diego County in over 20 years.

Nearly a dozen ex-military members among those arrested in connection with Capitol riot
Nestle delivers sweet taste of nostalgia with new Cinnamon Toast Crunch milk
Shawn Johnson pregnant with baby No. 2 with husband Andrew East
Longtime Trump advisers connected to groups behind rally that led to Capitol attack
Companies target GOP with fundraising pullback. How much will it matter?
POLL: With partial blame for the Capitol attack, majority favors barring Trump from office