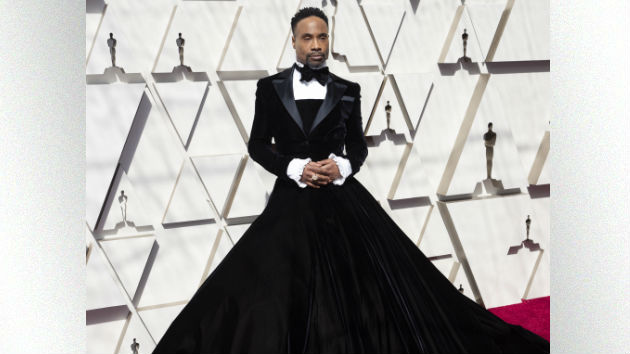 (NEW YORK) — Pose star Billy Porter loves to slay on the red carpet. Whether its in a custom tuxedo-ball gown hybrid with a cummerbund bustier designed by Christian Siriano or simply wearing a pink cape at the Golden Globes, Porter loves fashion.

It’s for that simple reason that the Tony winner has officially become one to watch during events and has already been noted as a fashion icon.

“I’m still taking it all in,” Porter tells ABC Radio. “I would never say that about myself but other people are saying it about me. So I receive it.”

He continues, “I’ve always been a fashion person. I’ve always wanted to have an impact in fashion. So it’s a dream come true.”

Even with a long list of his forward fashion accomplishments, Porter says he still doesn’t see himself as this fashion role model. In fact, the actor is still working on how to process such a reputation.