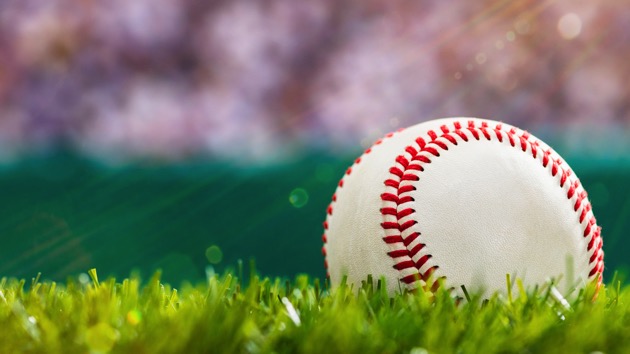 (FRESNO, Calif.) — A minor league baseball team in California is apologizing after showing a video on Memorial Day that was edited in a way that appeared to place Democratic Rep. Alexandria Ocasio-Cortez among “enemies of freedom,” including North Korean leader Kim Jong-Un and former Cuban leader Fidel Castro.The video was shown by the Fresno Grizzlies, the AAA affiliate of the Washington Nationals, in between the team’s doubleheader home games against the El Paso Chihuahuas on Monday.The three-minute, 35-second-long video, which the team said in a statement was “pre-produced…from outside [their] front office,” featured audio clips from former President Ronald Reagan’s first inaugural address in 1981 over images and videos of America, members of the military and Arlington National Cemetery. The team said the video was meant to be shown as “a moving tribute.”In the video, when Reagan’s speech refers to “enemies of freedom” and “potential adversaries,” a photo of Ocasio-Cortez was shown between images of Kim Jong-Un and Fidel Castro.The Grizzlies called the video’s editing “misleading and offensive,” and said it “made a statement that was not [the team’s] intent and certainly not [the team’s] opinion.”“We apologize to our fans and to our community for the error and for not properly vetting the video,” the Grizzlies tweeted early Tuesday. “We also apologize to those who have served and are currently serving the country for the undue distraction on such a solemn day.”Paul Braverman, the Grizzlies’ media relations manager, told ABC News the video was “selected in haste from YouTube,” and that the employee who chose it was “completely remorseful.”“We’re embarrassed we allowed this video to play without seeing it in its entirety first,” the Grizzlies tweeted. “We unconditionally apologize to Rep. Ocasio-Cortez (@AOC) in addition to our fans, community and those we hurt. It was a mistake and we will ensure that nothing like it ever happens again.”Copyright © 2019, ABC Radio. All rights reserved.

Key moments from the inauguration of Joe Biden as 46th US president
Trump issues last-minute pardon to ex-husband of Fox News’ Jeanine Pirro
“The ‘Bridgerton’ Effect”: Searches for “embroidery,” “corsets” and other finery skyrocket amid Netflix show’s success
Jeremy Renner reveals how he’s training for his upcoming Disney+ series ‘Hawkeye’
The significance of the Bible Joe Biden is using on Inauguration Day
Wisconsin pharmacist accused of sabotaging COVID vaccines charged with misdemeanor