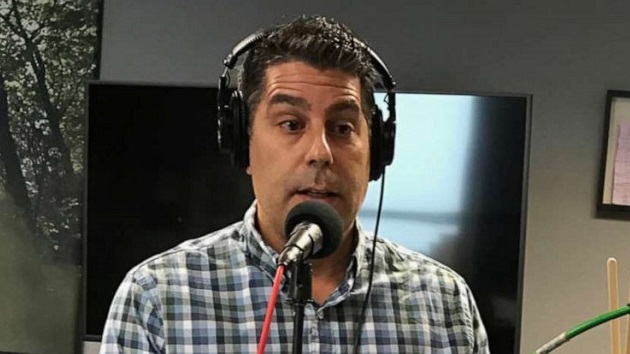 (NEW YORK) — The hit ABC drama A Million Little Things, about a close group of friends left reeling when suicide unexpectedly claims one of their own, takes its inspiration from a very real place.Appearing on the newest episode of the podcast “Life After Suicide,” hosted by ABC News Chief Medical Correspondent Dr. Jennifer Ashton, creator and executive producer DJ Nash explains the deeply personal experience that inspired the series.He recounts running into an old friend on the street a few years ago and making plans to have lunch the next week. But before they could meet up again, he learned that his friend had killed himself.”I don’t feel for a second like my lunch, our lunch, could’ve saved him,” Nash said. “But I do feel a lot of seconds, like, we could have had one more lunch.”

Nash ended up channeling his feelings into A Million Little Things, and, in turn, is helping audiences cope with their own tragedies.”In the year that we’ve been on the air, with social media and with 5K races we do where we meet fans,” he said, “the biggest surprise for me this season is, wow, I set out to tell my story, [and] what I realized along the way is, we were telling all of our stories.”The theme of Ashton’s podcast and book Life After Suicide is about the people affected by suicide. Nash sees parallels between the focus of her work and his series: “The show is not about one friend dying. It’s about seven friends finally living.”Dr. Barbara Van Dahlen, creator of Give an Hour, The Campaign to Change Direction, a mental health nonprofit, also joined the discussion. She consults on the show, and was hired by Nash to make sure it’s realistic, but she thinks the show can accomplish more than just being entertaining.”It’s a great story, it’s funny, it’s touching, it’s dear,” she said. “But the potential to change the way we think about and talk about these emotional and mental health challenges, including suicide, but others more broadly — massively profound.”Nash wants the show to be accurate and responsible, but is careful to say he is not creating a Public Service Announcement: “As soon as this show’s a PSA, no one’s going to be affected by it. It’s really important that it feel authentic .The compliment the show gets that means the most to me is that it’s authentic.”However, the cast members did host a PSA after the first episode aired, with Nash’s friends Mike Shinoda and Talinda Bennington, who lost their close friend and husband, respectively, Linkin Park frontman Chester Bennington, to suicide.”What I have tried to find is that balance,” Nash said.He said he’s motivated to listen to Van Dahlen’s advice because he wants people to watch while also understanding the responsibility the show has to be accurate.”We actually talked about it as recently as this morning,” he added, “because there’s a storyline we’re doing and [Maggie Bloom, a therapist, played by Allison Miller] does not respond the way a therapist ought to. And so Dr. Barbara correctly pointed that out, and then she said we either need to adjust that she’s behaving this way or adjust why she’s behaving this way. And so it actually became a great note, and you’ll see it. It’s in 201, the first episode of the season. And when Maggie finally explains why she did what she [did] at the hospital … I’ll just be that vague so you tune in.”A Million Little Things, starring David Giuntoli, Romany Malco, Allison Miller and Christina Moses, returns for season two on ABC this fall.You are not alone. Anyone wanting to talk is encouraged to reach out for free 24/7 to the National Suicide Prevention Lifeline at 1-800-273-8255.The Walt Disney Co. is the parent company of ABC and ABC News.Copyright © 2019, ABC Radio. All rights reserved.

“If” Chris Evans returns as Captain America, “I’d be very happy with that” says Anthony Mackie
Olivia Jade returns to YouTube after over a year, “I can’t change the past”
How working from home due to COVID could be a double tax hit for some
Vaccinating America is easier said than done: 5 things to know about Biden’s plan
Chrissy Teigen says sobriety is “a different world for me”
Carole Baskin relieved Joe Exotic did not receive presidential pardon: “He belongs in a cage”