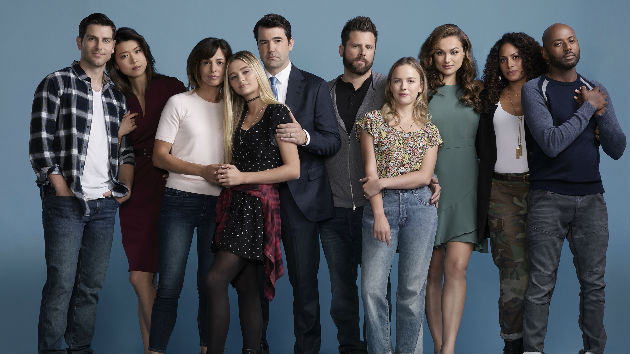 (NEW YORK) — The hit ABC drama A Million Little Things, about a close group of friends left reeling when suicide unexpectedly claims one of their own, takes its inspiration from a very real place.

He recounts running into an old friend on the street a few years ago and making plans to have lunch the next week. But before they could meet up again, he learned his friend had killed himself.

“I don’t feel for a second like my lunch, our lunch, could’ve saved him,” Nash says. “But I do feel a lot of seconds like, we could have had one more lunch.”

Nash ended up channeling those feelings into A Million Little Things and, in turn, helping audiences cope with their own tragedies.

“In the year that we’ve been on the air with social media and with 5K races we do where we meet fans, the biggest surprise for me this season is, wow, I set out to tell my story — what I realized along the way is we were telling all of our stories,” he says.

DHS uses federal alert system for first time in a year to warn of domestic terrorist threat
Zendaya says she still considers herself a “Disney kid” after her Emmy win
Jennifer Lopez and Matthew McConaughey celebrate 20th anniversary of ‘The Wedding Planner’
Third storm in a row slams US causing threats of mudslides, flooding and avalanches
Avoid preventive pain relievers before getting a COVID vaccine: Experts
USPS to honor the droids of ‘Star Wars’ in new collection of stamps