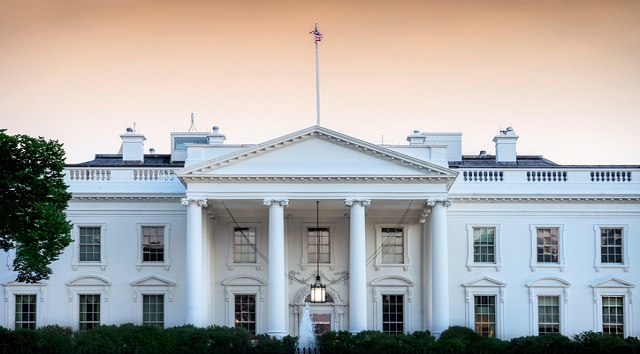 (WASHINGTON) — Ever since he watched armored tanks and jets roll down the Champs-Elysees during France’s Bastille Day celebrations in 2017, President Donald Trump has longed for a comparable display of American greatness and military might.”It was one of the greatest parades I’ve ever seen,” Trump said later that year in a meeting with French President Emmanuel Macron. “So, we’re actually thinking about Fourth of July, Pennsylvania Avenue, having a really great parade to show our military strength.”The president has yet to attain his desired grand military parade, but he does have plans to celebrate this Fourth of July in a big way, with a presidential address and an event he’s calling “A Salute to America” on the National Mall, possibly at the Lincoln Memorial.”HOLD THE DATE!” the president tweeted to his millions of followers in February.”We will be having one of the biggest gatherings in the history of Washington, D.C., on July 4th,” the president said in the tweet. “Major fireworks display, entertainment and an address by your favorite President, me!”The president’s event would be in addition to the extensive Fourth of July festivities that already take place each year in the nation’s capital and include a major fireworks show, a parade and a concert on the lawn of the Capitol that provides a live soundtrack to the show in the night’s sky.While details of the president’s event have yet to be finalized, the White House is facing pushback over the security, logistical and financial strains a presidential event would add on a day where additional security protocols already are in place for the hundreds of thousands expected to flock to the Mall to picnic and watch fireworks.In addition to a presidential address, the administration has ordered that the location of the fireworks display be moved. A source familiar with planning said there have also been talks about adding additional military elements to the regular Fourth of July parade, while the president’s orders for a separate, grand military parade remain on perpetual delay.But even as the administration said it’s been engaged in months of planning for the event, with Interior Secretary David Bernhardt spearheading the effort, a source familiar told ABC News it remains to be seen if the president will get his way on all of the proposed changes.There are particular concerns about trying to pull off an event at the Lincoln Memorial, the president’s preferred location, because securing the president would disrupt the flow of crowds trying to access the Mall, according to the source. Conversations within the administration are ongoing as staffers weigh how to find the most feasible way to satisfy the president’s wishes while minimizing the disruption to the public, with some preferring he not leave the White House at all.Presidents have typically celebrated Independence Day by hosting a big picnic party with military families on the White House South Lawn, which had been expected to continue this year.Washington, D.C., Mayor Muriel Bowser has raised concerns that the city’s security personnel will be stretched too thin to provide adequate security for the president, in addition to securing a new fireworks location.”If we have to put more police to cover his movements, more police for the fireworks and an additional location for police where the fireworks are going to get set off, that puts a strain on us,” Browser told the Washington Post in a recent interview. “We won’t allow it to impact neighborhood safety. So the chief will have to think about if he needs additional resources.”Christopher Rodriguez, director of the D.C. Homeland Security and Emergency Management Agency, said they are “working closely with local and federal partners to make sure residents and visitors can safely celebrate the Fourth of July here in the Nation’s Capital.”The Secret Service declined to comment on security plans, but a spokesman said they’re working closely with local law enforcement partners.The administration has requested the Park Service, which puts on the annual fireworks display, to move the launch site from its current location near the reflecting pool to nearby West Potomac Park. A final decision on the request to move the firework launch site has not been made, but the Interior Department has said it would allow for greater public access to the Mall.”One consideration for the Fourth of July celebration is to change the location for the fireworks launch, so more people have the ability to access the robust display. We continue to work to ensure the success of the event and to execute the vision of President Trump,” Interior Department Deputy Press Secretary Alex Hinson said in a statement.Park Service Spokesman Mark Litterst added that the current launch location, near the reflecting pool, requires that part of the area be closed to the public for 10 days leading up to the display.In addition to the request to move the fireworks, the administration also asked to extend the show to 20 minutes from 17 1/2 minutes, adding costs to the show put on by the Park Service, Litterst said. Last year’s show cost $250,000.The regularly scheduled “A Capitol Fourth” concert on the Capitol lawn, now in its 39th year, is set to continue as planned. Organizers of the concert, which is broadcast on PBS, have also made clear this year that the event is “unaffiliated with any other July 4th celebrations.”Copyright © 2019, ABC Radio. All rights reserved.