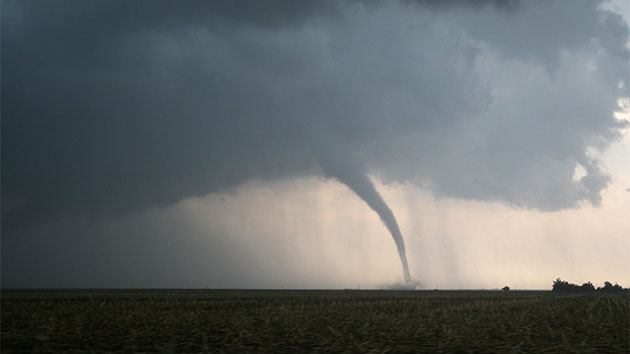 iStock/deepspacedave
Posted on May 27, 2019 by ABC News

(EL RENO, Okla. — A GoFundMe effort is underway to help the victims of a deadly tornado in El Reno, Oklahoma.

These are the latest casualties and injuries in what has already been a deadly tornado season. There is more to come in other parts of the country, as tornado watch warnings have been issued for parts of seven states — Colorado, Iowa, Illinois, Indiana, Missouri, Nebraska, and Wyoming — with several tornadoes likely.

Oklahoma remains in a state of emergency in all 77 counties due to flooding, severe storms and tornadoes, according to the state’s Office of Emergency Management.

Of the injured in El Reno, 17 were treated at a local hospital and only three have been discarged, leaving 14 people in the local hospital as of Monday afternoon, according to the spokesperson for Oklahoma University Medical Center.

A hotel and mobile home park were hit in a span of just four minutes during Saturday night’s storm.

The GoFundMe fundraiser was launched Sunday and more than $38,000 was raised in less than 24 hours.

Other donors have given necessary supplies to those staying at the local Veterans of Foreign Wars (VFW) hall.

“The community and surrounding areas that have donated much needed items, the prayers, and the Oklahoma ‘ElReno’ Strong attitude that we continue to show at times of need!” the VFW group wrote on its Facebook page Sunday night.

Some items in need of donation include towels and washcloths, according to the VFW.

National Weather Service meteorologists in Norman, Oklahoma, rated the tornado an EF3 on the Enhanced Fujita Scale, meaning it had wind speeds in the range of 136 to 165 mph. The highest rating on the scale, an EF5, packs winds topping 200 mph.

The weather service reported that the twister cut a 2.2-mile long path of destruction and was about 75 yards at its widest point.