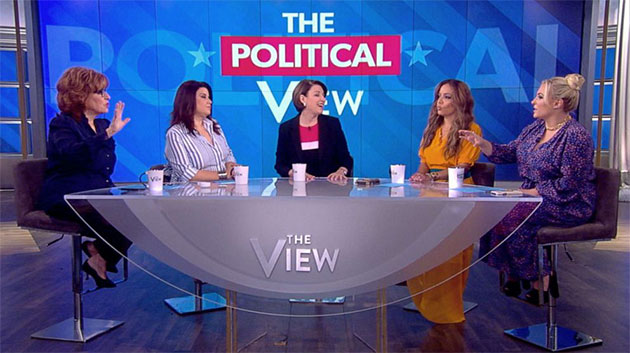 “On behalf of the entire McCain family – @amyklobuchar please be respectful to all of us and leave my father’s legacy and memory out of presidential politics,” McCain tweeted on Monday.

On behalf of the entire McCain family – @amyklobuchar please be respectful to all of us and leave my fathers legacy and memory out of presidential politics.

McCain’s tweet comes after the Minnesota senator recalled the day of Trump’s “dark inauguration” when she sat between Sen. Bernie Sanders, I-VT., and then-Sen. John McCain.

By the time of his inauguration, President Donald Trump had already been a vocal critic of Sen. John McCain, who passed away in August of 2018 after a battle with brain cancer. Trump publicly criticized the senator’s military service after he was captured when his plane was shot down during the Vietnam War.

“He’s not a war hero. He’s a war hero because he was captured. I like people who weren’t captured,” Trump said in 2015 after announcing his presidential bid.

McCain survived torture and years of imprisonment in Vietnam, refusing an offer of early release out of loyalty to fellow prisoners.

“One aspect of the conflict, by the way, that I will never ever countenance is that we drafted the lowest-income level of America, and the highest-income level found a doctor that would say that they had a bone spur,” McCain said during an interview with C-Span about the Vietnam War in October 2017. “That is wrong. That is wrong. If we are going to ask every American to serve, every American should serve.”

Trump was excepted from serving in the military during the Vietnam War because of a bone spur ailment. McCain later denied he was referring to Trump when he made that comment.

McCain became a Trump target again after he voted against the Republican proposal to repeal the Obama administration’s Affordable Care Act in 2017. The senator flew in from Arizona to make the vote shortly after he was diagnosed with glioblastoma.

Trump would often condemn McCain for his decision.

“I’m very unhappy that he didn’t repeal and replace Obamacare, as you know. He campaigned on repealing and replacing Obamacare for years and then they got to a vote and he said thumbs down,” Trump said in March during an Oval Office meeting with the president of Brazil. “Plus, there were other things. I was never a fan of John McCain and I never will be.”

Meghan McCain would often come to her father’s defense after the president’s verbal attacks.

All of Biden’s executive orders, and other notable actions, so far
Voting rights legislation across country looks to both restrict, expand access
Health care worker and mother of 2 loses home in fire, now her colleagues are stepping in
3 teens arrested in mysterious Colorado arson that killed 5 members of Senegalese family
County apologizes for seniors having to wait outside in cold for COVID-19 vaccine
COVID-19 ‘long-haulers’ trying to decode lasting symptoms a year after falling ill