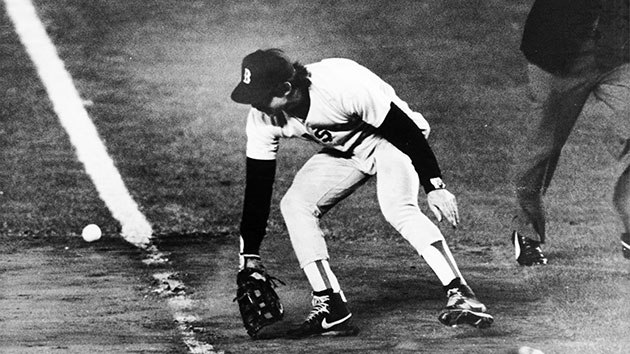 Stan Grossfeld/The Boston Globe via Getty Images
Posted on May 27, 2019 by ABC News

“After battling the disease of Lewy Body Dementia, Bill Buckner passed away early the morning of May 27th surrounded by his family,” his family said in a statement to ESPN’s Jeremy Schaap. “Bill fought with courage and grit as he did all things in life. Our hearts are broken but we are at peace knowing he is in the arms of his Lord and Savior Jesus Christ.”

He is most known for his error in the 1986 World Series against the New York Mets when he was a first baseman for the Boston Red Sox.

He was drafted by the Los Angeles Dodgers in 1968 and played 8 seasons with the team before being traded to the Chicago Cubs in 1977.

Buckner won the National League batting title in 1980 and made his only all-star team in 1981. The Cubs then traded Buckner to the Red Sox in May 1984.

Later on, he played for the California Angels and Kansas City Royals, before his final season in 1990 with the Red Sox.

He is survived by his wife, Jody, and three children, Brittany, Christen and Bobby, who played baseball collegiately.