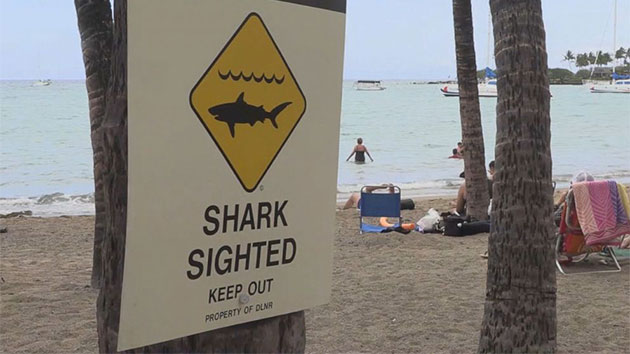 (HONOLULU) — A man was killed in a shark attack swimming off the coast of Maui on Saturday morning.

The victim, described as being in his 50s, was about 150 yards into the water at Kaanapali Shores when the attack occurred, according to the Hawaii Department of Land and Natural Resources.

“He apparently came into contact with a shark, [and] was seen in distress by witnesses who called 911,” Chief Jason Redulla of Hawaii’s Division of Conservation and Resource Enforcement told ABC News Radio.

He was found unresponsive in the water and brought to shore on a jet ski, according to Honolulu ABC affiliate KITV.

“County first responders responded and found the male in the water,” Redulla said. “He was subsequently brought back to shore and unfortunately he succumbed to his injuries, which we believe at this point may have been a shark attack.”

CPR was performed, but the man was pronounced dead.

He was a resident of California, according to KITV-TV.

Hawaii’s Division of Aquatic Resources tracks shark attacks in the state. According to its numbers, this would be the sixth shark attack in the state this year. There were only three tracked all of last year.

“In an island state that’s surrounded by water, human and shark conflicts do occur from time to time,” Redulla said. “There is always the potential for conflict between animal and human and we just have to be aware of that and respect that.”

The most recent attack was a woman bit off the coast of Oahu on May 8. She suffered injuries to her arm and hand while swimming.