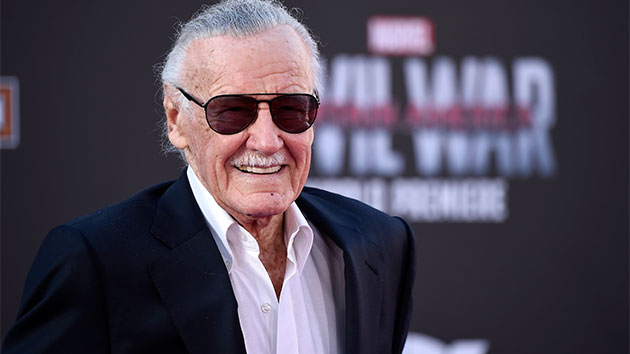 Frazer Harrison/Getty Images
Posted on May 26, 2019 by ABC News

(PHOENIX) — A former business partner of the late comic book legend Stan Lee was arrested on Saturday in Arizona on an outstanding arrest warrant for alleged elder abuse.

Keya Morgan was arrested by Phoenix and Scottsdale police and will eventually be extradited back to Los Angeles, where he was charged earlier this month with false imprisonment, grand theft from an elder and elder abuse.

Lee, the editor-in-chief of Marvel Comics and creator of superheroes including Spider-Man, Iron Man and Thor, died at the age of 95 in November 2018. He passed away of pre-existing health conditions, according to a statement from the Los Angeles Police Department.

The charges stem from an elder abuse estate investigation that began in March 2018, according to the statement, which said that “it became clear that no one had clear legal authority to act on Mr. Lee’s behalf; yet, Morgan exerted his control and influence over Lee.”

That investigation led police to discover that Morgan had allegedly stolen over $262,000 earned from business transactions including autograph signing sessions, the statement said.

Additionally, Morgan had allegedly deceived Lee in June 2018, making Lee believe he was in danger and removing Lee from his Hollywood Hills home to move him into a condominium in Beverly Hills, police said.

Shortly after that move, Lee was removed from Morgan’s control when Morgan was arrested for “generating false 911 calls” in May 2018 as part of an alleged effort to further Lee’s belief that he was in danger.

Starring in ‘Hawkeye’ wrapped up two of Vera Farmiga’s career goals…with a bow
Thousands of migrants remain near border of Guatemala waiting for asylum cases to be processed
Boebert draws backlash for family Christmas photo of kids posing with guns
Jan. 6 committee to mull contempt charges after Meadows fails to appear before panel
Riverside County official expresses ‘horror’ over abuse of Turpin siblings, pledging ‘full’ investigation
Epstein accuser on Ghislaine Maxwell: She was his ‘chief orchestrator’