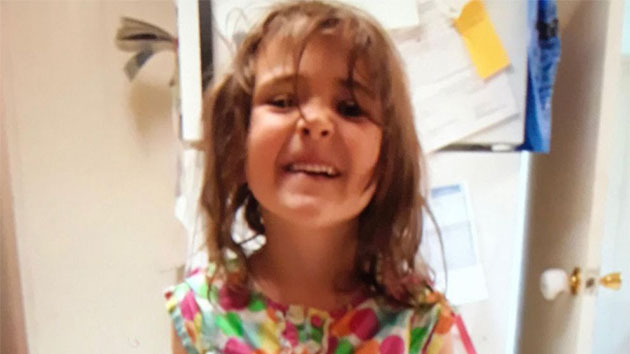 Logan City Police Department
Posted on May 26, 2019 by ABC News

(LOGAN CITY, UT) — A desperate search is underway in Utah for a missing 5-year-old girl who was last seen with her uncle, police said Sunday.

Elizabeth Jessica Shelley hasn’t been seen since Saturday at 2 a.m., according to the Logan City Police Department. She was with Alex Whipple, her mom’s brother, when she vanished, the department’s captain, Tyson Budge, said.

Whipple, 21, is considered the main suspect in the girl’s disappearance, Budge said, but he is not cooperating with authorities.

“We know he was with her,” the Budge told ABC News.

Whipple was taken into custody Saturday at about 6 p.m. for absconding probation and, among other charges, receiving stolen property and drinking under the influence, Budge added.

He is being held on $250,000 bond, according to the Cache County Sheriff’s Office’s website.

Whipple has not been formally arrested in connection with Elizabeth’s disappearance, but Budge told ABC News authorities are “pretty confident” he had something to do with it. A burner phone Whipple was allegedly using was among the evidence found at the girl’s home, allegedly linking him to her disappearance, according to Budge.

Elizabeth’s parents reported the incident to police at 10 a.m. Saturday.

In addition to Logan City police, the search for the little girl includes the sheriff’s office, the FBI and the county’s search and rescue unit. A helicopter has been deployed, too, Budge said.

Authorities are urging residents in the area where Elizabeth went missing to check their surveillance, including smart doorbells and other cameras, between the hours of 2 a.m. and noon on Saturday.

Elizabeth was wearing either blue jeans or a teal-colored plaid skirt when she was last seen, police said. She’s described at standing about 3-feet-6-inches tall with shoulder-length, curly brown hair with bangs, and has brown eyes.