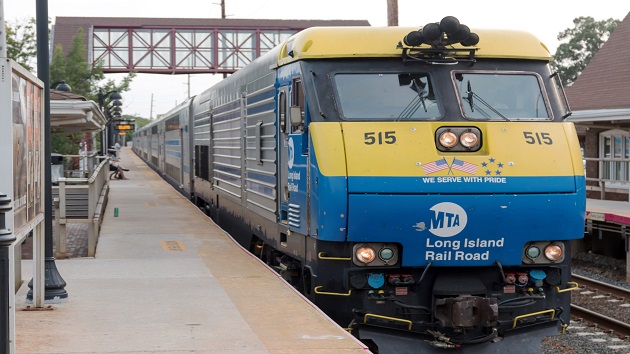 iStock/WoodysPhotos
Posted on May 25, 2019 by ABC News

(NEW YORK) — The Long Island Rail Road (LIRR) suspended all service to the Hamptons and Montauk for Saturday after an overnight work train derailment, the New York Metropolitan Train Authority (MTA) said.The disruption to eastbound service is bound to cause problems for holiday travelers over Memorial Day Weekend, the official start of the summer season for urban beach goers from New York City as well as commuters.A Montauk-bound train that left Manhattan’s Penn Station at 1:09 a.m. Saturday sideswiped a non-revenue train as part of a passing maneuver, the MTA told WABC, suspending train service to the Hamptons and Montauk for at least all of Saturday, LIRR officials said.LIRR service east of Patchogue, including to the Hamptons and Montauk, will be suspended all day – customers should not go to Penn Station, Atlantic Terminal, Jamaica or their local station expecting service to resume east of Patchogue, although regular service to Patchogue and Riverhead remain in effect.The Montauk train traveling at approximately 30 miles per hour sideswiped a non-revenue train on a side track east of Speonk as part of a passing maneuver, MTA officials said.It was due to arrive in Montauk at 4:09 a.m. ET.The engine of the Montauk train and the last car of the non-revenue train derailed, causing extensive damage to the tracks, the MTA said.None of the commuter train’s 32 passengers or LIRR employees suffered any injuries. Copyright © 2019, ABC Radio. All rights reserved.

Amazon tells President Biden it ‘stands ready to assist’ his ambitious vaccine goals
“Come with me if you want to live” — Arnold Schwarzenegger gets COVID-19 vaccine
Former ‘That ’70s Show’ star Danny Masterson pleads not guilty to rape charges
“The ‘Bridgerton’ Effect”: Searches for “embroidery,” “corsets” and other finery skyrocket amid Netflix show’s success
“This isn’t going to be quiet”: Daniel Kaluuya recalls when ‘Black Panther’ went from being a movie to a “moment”
Peacock’s ‘Saved by the Bell’ revival gets sophomore season