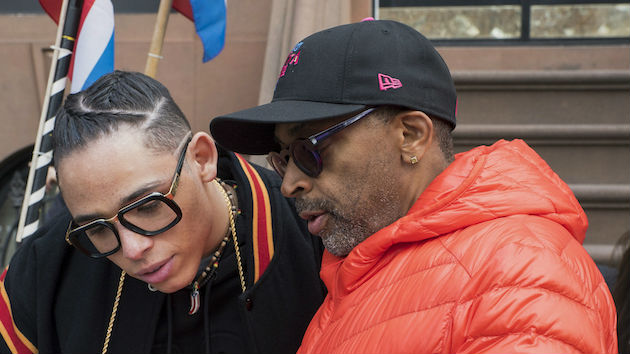 (NEW YORK) — Spike Lee returned home to Brooklyn, New York Thursday night for the red carpet premiere of season two of his She’s Gotta Have It series, based on his 1986 film.

The Oscar winner for BlacKkKlansman was joined by his wife and co-executive producer, Tonya Lewis Lee, and cast members DeWanda Wise, Anthony Ramos, Fat Joe, Chyna Layne, Margot Bingham, Ilfenesh Hadera, De’Adre Aziz, Cleo Anthony, and Lyriq Bent. The screening was held at the Alamo Drafthouse Brooklyn, followed by an after party at Gotham Market at The Ashland.

Spike celebrates Prince’s birthday on June 7 with an annual outdoor party in Brooklyn, and he’s showing his love of Prince in the new season of She’s Gotta Have It. He revealed on Instagram that episode five will feature eleven Prince songs, including “Kiss,” “Sign O’ the Times,” and “U Got the Look.”

Music from Stevie Wonder, Marvin Gaye, Erykah Badu and more will also be featured throughout the new season.

She’s Gotta Have It season two debuts Friday on Netflix.