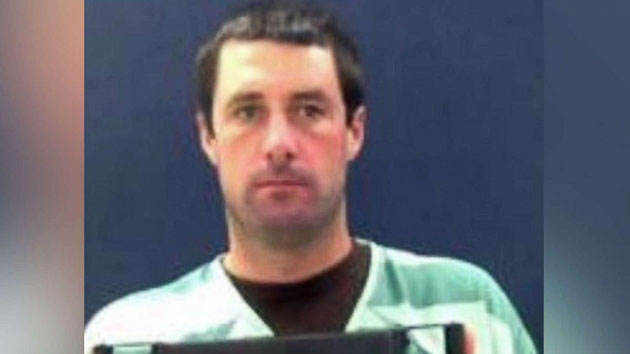 Teller County Sheriff via KMGH
Posted on May 24, 2019 by ABC News

(WOODLAND PARK, Colo.) — Patrick Frazee, the Colorado man accused of killing his fiancé, Kelsey Berreth, in a vicious assault in her home, pleaded not guilty on Friday.At Friday’s court appearance Frazee was shackled, dressed in a jail jumpsuit with a bulletproof vest, as his mother and sister looked on. Charges against him include murder and solicitation to commit murder.His trial was set for Oct. 28.Prosecutors allege the attack unfolded on Nov. 22, at Berreth’s Woodland Park, Colorado, home.Frazee allegedly blindfolded Berreth and had her guess the scents of different candles, according to an arrest affidavit. While Berreth was distracted, Frazee allegedly hit her with a bat, which ultimately killed her, the document said. He allegedly hit her so hard that he even knocked a tooth out, the document said.The couple’s baby was in a playpen in Berreth’s back bedroom during the alleged murder, the document said.Frazee allegedly burned Berreth’s body in a black plastic bin on his property, according to the arrest affidavit.Frazee was arrested in December.Frazee’s ex-girlfriend, Krystal (Lee) Kenney, allegedly told two friends that Frazee had asked for help killing Berreth, according to Frazee’s arrest affidavit. But neither friend came forward to alert authorities despite knowing about the alleged murder plans one month before the crime, the arrest affidavit said.Krystal Kenney, Frazee’s ex-girlfriend, who investigators say admitted to cleaning up the gruesome murder scene, admitted in court to moving Berreth’s phone from Colorado to Idaho, where Kenney lives.Frazee allegedly wanted Kenney to take Berreth’s remains back to Idaho, but she refused, Kenney told investigators, according to the arrest affidavit.Kenney pleaded guilty to one count of tampering with physical evidence. Her sentencing will take place after Frazee’s criminal case has concluded.Frazee and Berreth’s daughter is in the custody of Berreth’s parents.Copyright © 2019, ABC Radio. All rights reserved.