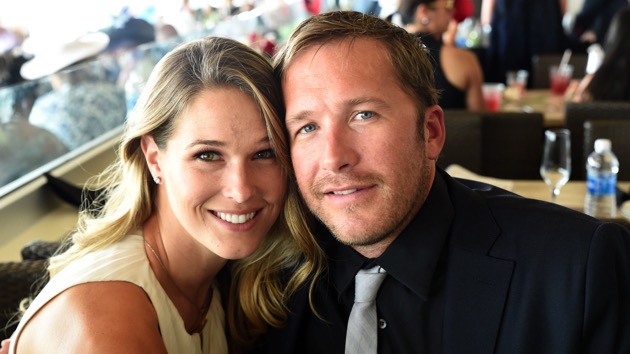 (NEW YORK) — Almost a year after Olympic skier Bode Miller and his volleyball star wife lost their 19-month-old daughter in an accidental drowning in a neighbor’s swimming pool, Morgan Miller is working to raise awareness about water safety.In an Instagram post, Morgan Miller shared a PSA she made with another mother who lost a child to drowning. In it, they share details of what happened to their families and educate others on how to avoid the same fate.Both mothers encouraged parents to make a water safety plan.”Time is not on our side when it comes to water. And even though my daughter was resuscitated there was too much damage to her brain for her to survive,” Morgan Miller said. “It takes seconds.”Emmy Miller was 19 months old when she died following a drowning accident in Orange County, Calif last June. According to the Centers for Disease Control and Prevention, drowning is responsible for more deaths among children ages 1-4 than any other cause except for birth defects, and children ages 1-4 have the highest drowning rates. Furthermore, for children 1-4, most drownings occur in home swimming pools.”With a holiday weekend quickly approaching, be vigilant, be aware and be a voice to spread awareness,” Morgan Miller wrote on Instagram. Do not rely on the visual stimulation of water to trigger your awareness.”At the time of Emmy’s death, Morgan Miller, 32, was pregnant with her third child, son Easton, who was born last October. (Bode Miller, 41, also has two children from previous relationships.) Copyright © 2019, ABC Radio. All rights reserved.

‘The Bachelor”s Sarah Trott explains her sudden exit from the show
Kristen Bell opens up about “struggling” with her mental health, therapy with husband Dax Shepard
Tom Holland admits he broke his laptop when he found out he was the new Spider-Man
Coronavirus live updates: Fauci on how Biden’s COVID plan will affect vaccine rollout
Biden’s first 100 days live updates: Biden to spend first full day focused on pandemic
Poet Amanda Gorman on her inauguration invite: I was ‘honestly shocked’