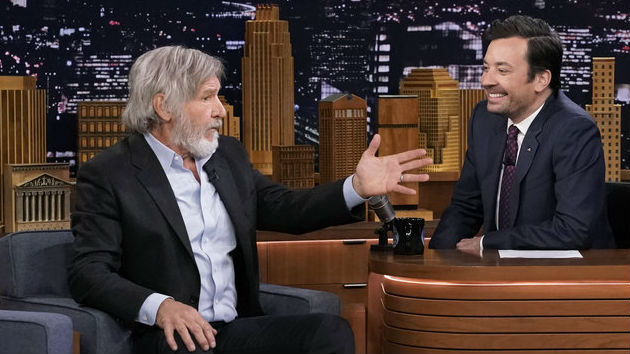 Mayhew, who of course played Chewbacca, the Wookiee co-pilot to Ford’s Han Solo in the film series, died April 30, just days short of his 75th birthday.

Ford, who was on Fallon to plug his upcoming animated film The Secret Life of Pets, was emotional talking about his co-star, calling him, “a really sweet man, a nice man.”

Referring to the health issues the seven foot, two-inch tall Mayhew had, Ford explained to the audience, “He had a hard time physically It was really hard for him to do what he did for all of us, and he did it with dignity.”

Scoreboard roundup — 1/14/21
DC police officers speak out after US Capitol siege: ‘I thought … I might die’
Tilda Swinton says in candid new interview she “always felt I was queer”
Scoreboard roundup — 1/13/21
Watch Lara Jean and Peter face senior year in ‘To All the Boys: Always and Forever’ trailer
Rep. Ocasio-Cortez opens up about Capitol siege: ‘I thought I was going to die’