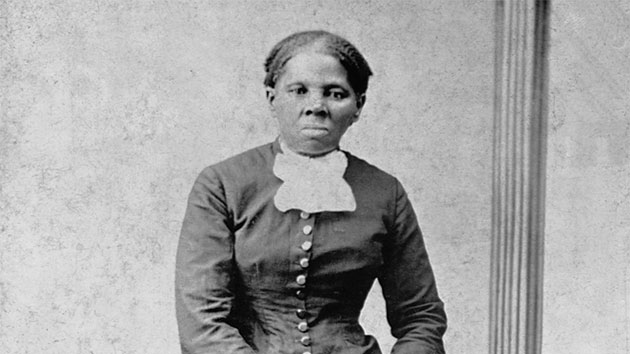 CORBIS/Corbis via Getty Images
Posted on May 24, 2019 by ABC News

New York artist Dano Wall said he has decided to take matters into his own hands with an unofficial revision of the bill since the Trump administration has indicated they are in no rush to put the noted abolitionist and Union spy onto currency. Treasury Secretary Steven Mnuchin told a congressional panel this week that the administration is looking at 2028 as a possible date.

“We’ll see about that,” Wall tweeted shortly after news broke of the secretary’s decision.

We’ll see about that https://t.co/Scg8TZtmih

Wall’s recrafted bills have sold out.

The U.S. Department of Treasury Bureau of Engraving and Printing, states that “any mutilation, cuts, disfigurements or perforation is defamation of currency — a prohibition of law.”

Advocates have long sought to have Tubman — a woman born into slavery on a plantation in Dorchester County, Maryland and would later escape to guide over 300 other slaves to freedom – replace Andrew Jackson’s on the $20 bill by 2020. The Obama administration proposed placing Tubman’s face on the $20 bill in 2020 as part of an effort to have women on U.S. currency.

At a 2016 town hall on NBC’s “The Today Show,” Trump called the move to redesign the bill with Tubman’s face “pure political correctness” and suggested putting Tubman on the $2 bill.

Wall has been manufacturing stamps with Tubman’s face since 2017, according to the Washington Post, which first reported the story.

“There has understandably been a sudden flood of interest in Harriet Tubman stamps since Steven Mnuchin’s announcement this week – I immediately sold out of everything I had in stock,” Wall said in a Facebook post. “I am working on increasing production to meet demand and will get more in stock in the coming weeks, so keep an eye on the Etsy shop.”

Tubman fled from Maryland and found freedom after traveling about 90 miles utilizing the Underground Railroad – a diverse network of escaped slaves, free blacks and abolitionists who provided safe housing and secret transportation routes to the North.

After getting a taste of freedom, Tubman decided to help hundreds of others experience the same. She became widely known as the “Moses of her people.”

“Putting Harriet Tubman on the front of the $20 bill would have constituted a monumental symbolic change, disrupting the pattern of white men who appear on our bills,” Wall told the Washington Post, “and, by putting her on the most popular note currently in circulation, indicates exactly what kind of a life we choose to celebrate; what values we, as a country, most hope to emulate. Harriet Tubman’s unparalleled grit, intelligence, and bravery over the course of her long life certainly make her worthy of such an honor.”