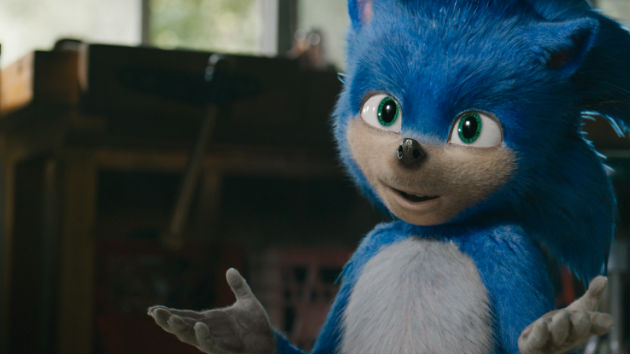 Courtesy Paramount Pictures and Sega of America
Posted on May 24, 2019 by ABC News

(LOS ANGELES) — After disastrous fan reaction to its first trailer, Paramount Pictures has bumped back the release date of its Sonic The Hedgehog movie.

Set to open November 8, the movie, which stars Jim Carrey and James Marsden, has now been moved to February 14, 2020.

Voiced by Ben Schwartz, the first appearance of the computer-created character launched a thousand memes — and none of them flattering. Fans of the SEGA videogame star lamented how little Sonic the Hedgehog actually looked like Sonic the Hedgehog.

The word “creepy” was a common descriptive, particularly relating to the little blue character’s human-looking legs and teeth.

As the AV Club put it plainly, “…the anthropomorphism of this blue cartoon hedgehog suggests things that only the darkest reaches of Tumblr might consider, like ‘Does Sonic also have…junk?"”

Director Jeff Fowler took to Twitter earlier this month to hit the pause button: “Thank you for the support. And the criticism. The message is loud and clear… you aren’t happy with the design & you want changes. It’s going to happen.”