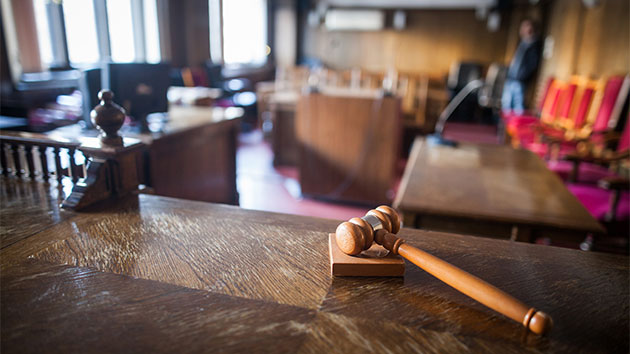 (MINNEAPOLIS) — The 911 calls and some of the body-camera footage, capturing the scene after a Minneapolis police officer shot a woman who had called 911 repeatedly to report a possible sexual assault behind her home, have been released by a judge.

On July 15, 2017, Justine Ruszczyk Damond called 911 to report what she feared was a woman being sexually assaulted in the alley behind her home in the city’s Fulton neighborhood, according to a criminal complaint.

“I’m not sure if she’s having sex or being raped,” Damond tells the dispatcher in the first 911 call, which was released Thursday. “I think she just yelled out ‘Help,’ but it’s difficult. The sound has been going on for a little while but I think, I don’t think she’s enjoying it. … I don’t know.”

The dispatcher tells her that officers are on the way to her home and confirms with Damond that she cannot see anything in the alley behind her home.

“It sounds like sex noises but it’s been going on for a while and I think I just heard ‘Help’ and it sounds distressed,” Damond tells the dispatcher.

“OK. I’ve already got an officer on the way. What is your name?” the dispatcher says.

She later makes a second 911 call, inquiring about the whereabouts of the officers who’ve been sent to investigate.

“Yes. The lane behind the house,” Damond says.

“Yup. Officers are on the way there,” the dispatcher tells her.

When Minneapolis police officers Mohamed Noor and partner Matthew Harrity arrived in the dark alley behind Damond’s home, she approached the driver’s side of the squad car, according to the Minnesota Department of Public Safety.

Noor, who was in the passenger seat of the squad car, shot her through the open window on the driver’s side, Hennepin County Attorney Mike Freeman said.

After the gunshot went off, Harrity, who was sitting in the driver’s seat, saw Noor’s arm stretched across him, toward the open window, Freeman said. There was “no evidence of a threat” when Noor fired the shot, he said.

In body-camera footage released Thursday, Harrity could be heard telling an officer who’d just arrived what happened and saying that Noor is sitting in the back of a squad car.

“We had that call over here. Someone was screaming in the back. We pulled up here. Um, we were about ready to just clear and go to another call. She just came up out of nowhere, on the side of the thing, and we both got spooked. I had my gun out. I didn’t fire and then Noor pulled out and fired,” Harrity says.

In different body-camera footage, another officer can be heard talking to Noor who is standing outside a police vehicle.

“All right, kiddo?” the officer asks. “You all right?”

“Just keep to yourself. Keep your mouth shut,” the officer tells him.

Four minutes after Damond had left her home, an officer was performing CPR on her. She died just three weeks before her wedding day.

Noor, a two-year veteran at the time of the shooting, had pleaded not guilty to the charges. During the trial, his attorney maintained that he’d “acted as he has been trained” and that he should “not have been charged with any crime.” Prosecutors argued that the former officer had abused his authority to use deadly force.

Noor’s last day as an employee with the police department was in March 2018, but Minneapolis police would not comment on whether he resigned or was fired.

A judge ruled Wednesday that the media and public could make copies of some of the evidence used in the trial.

Damond, who had moved to the U.S. a few years earlier, was an Australian yoga teacher, counselor and meditation coach.

After the verdict, her family spoke outside the courthouse, with her father, John Ruszczyk, saying they were “satisfied with the outcome.”

“The jury’s decision reflects the community’s commitment to three important pillars of a civil society. The rule of law, the respect for the sanctity of life and the obligation of the police force to serve and protect. We believe this guilty verdict strengthens those pillars. We hope this will be a catalyst for further change,” he said.

Noor is scheduled to be sentenced June 7.