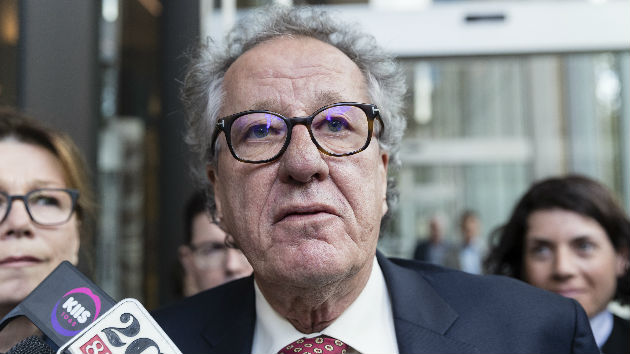 Photo by Brook Mitchell/Getty Images
Posted on May 23, 2019 by ABC News

The amount, $2.9 million in Australian dollars (AUD), is the largest-ever defamation payout in the country’s history, reports the Australian Broadcasting Company.

In an Australian Daily Telegraph article titled “King Leer,” Rush was accused of inappropriately touching his King Lear co-star Eryn Jean Norvill back in 2015.  She also said Rush chased her into a bathroom, and sent her inappropriate text messages.

The accusations came amid the #MeToo allegations that derailed the careers of Harvey Weinstein and Kevin Spacey, among others.  Rush had vehemently denied Norvill’s accusations, and even tearfully took the stand in his own defense.

Rush’s award covers some covers $850,000 AUD for loss the article caused to the Shine Oscar winner’s reputation.  The rest of the figure includes $1 million for past economic loss, $919,678 in future economic loss, and $42,000 in interest, according to the Australian Broadcasting Company.

The Daily Telegraph is appealing the decision.