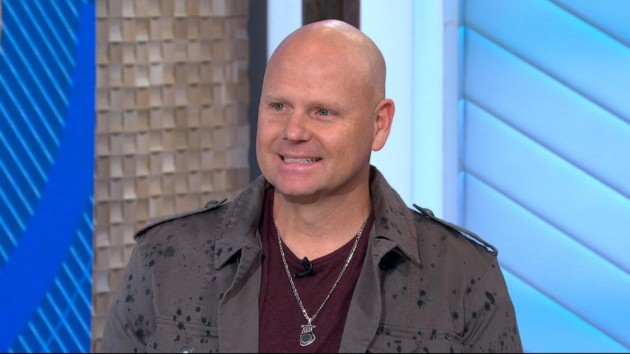 (NEW YORK) — Legendary highwire acrobat Nik Wallenda announced on ABC News’ Good Morning America Thursday that he and his sister will embark on a never-before-attempted high wire walk 25 stories above New York City’s Times Square in June. He also talked about the harrowing 2017 accident for the first time since new video of it was released earlier this year. Wallenda’s death-defying stunts and high wire theatrics have earned the seventh generation wire walker the nickname the “King of the Wire.”In 2012, the world watched in awe as he crossed a wire positioned 1800 feet above Niagara Falls. The following year, he traversed a two-inch wide cable across the Grand Canyon without a safety harness. In 2014, he completed back-to-back walks in the space between two Chicago skyscrapers — both without a safety net or harness, and one of them blindfolded.But in 2017, a devastating accident during a rehearsal at Circus Sarasota had many wondering if Wallenda’s luck had run out. During a practice session for an eight-person pyramid stunt, five high-wire performers lost their balance and plummeted more than 30 feet to the ground while three others, including Wallenda, clung to the wire.The harrowing fall was captured on video that was only released in March of this year.All of the performers survived, but Nik Wallenda’s sister, Lijana Wallenda, broke all of the bones in her face. The siblings, however, are not letting the setback keep them from pursuing their passions. Wallenda said he and his sister will return to the skies to cross a 1,300-foot long high wire 25 stories above street level across Times Square. The never-before-attempted walk will be broadcast live on ABC on Sunday, June 23. The walk will be Lijana Wallenda’s first high wire act since the 2017 accident.