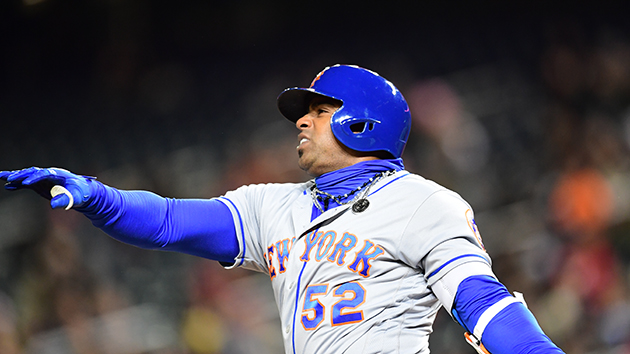 (NEW YORK) — Days after suffering multiple ankle fractures in an accident on his ranch, New York Mets outfielder Yoenis Céspedes underwent season-ending surgery, the team said Thursday.The 33-year-old Céspedes broke his right ankle in multiple places last weekend. The team did not provide significant details about the accident, other than to say Céspedes stepped in a hole on his ranch. Mets general manager Brodie Van Wagenen said the accident did not involve a horse.Céspedes has not played this season, following two surgeries to remove calcification on both of his heels. He played just 38 games last season.Acquired at the 2015 trade deadline, Céspedes helped the Mets reach the 2015 World Series and the 2016 Wild Card Game. He then signed a four-year, $110 million contract before the 2017 season. The team has not been back to the postseason since, and Céspedes has played only 119 games.Copyright © 2019, ABC Radio. All rights reserved.