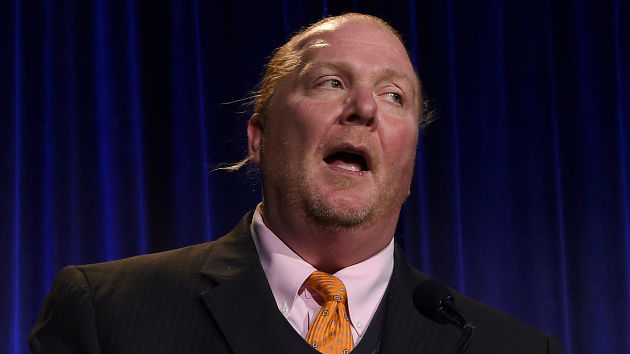 Photo by Dimitrios Kambouris/Getty Images for Food Bank of New York City
Posted on May 23, 2019 by ABC News

(NEW YORK) — Mario Batali will face arraignment in Boston Municipal Court on Friday on a charge of indecent assault and battery.

The disgraced celebrity chef is accused of kissing and groping a woman against her will at a Back Bay restaurant on March 31, 2017.

Batali denies the allegations, according to statement from his lawyer, Hogan Lovells partner Anthony Fuller, who adds, “The charges, brought by the same individual without any new basis, are without merit. He intends to fight the allegations vigorously and we expect the outcome to fully vindicate Mr. Batali.”

In August, Natali Tene, 28, claimed Batali forcibly kissed and groped her at a Boston restaurant in April 2017.

This will be the first criminal charge Batali has faced. Police in New York investigated the chef but ultimately did not charge him.

Batali announced in March that he was stepping away from his restaurant empire amid several accusations from women.