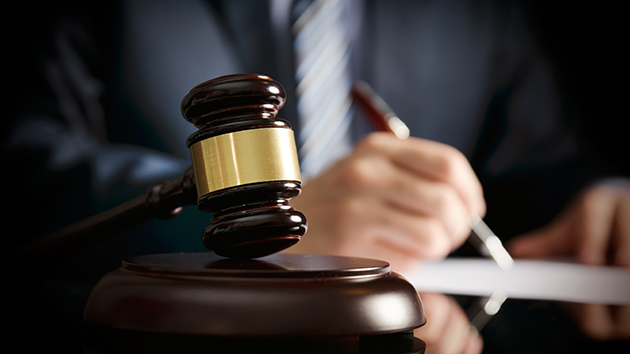 (CHICAGO) — An Illinois judge has cleared the way for records sealed in the “hoax attack” criminal case of “Empire” cast member Jussie Smollett be made public, ruling Thursday that the actor has not displayed the “actions of a person seeking to maintain his privacy.”Cook County Circuit Court Judge Steven G. Watkins ordered that investigative files in the high-profile case be unsealed after ABC News and other media organizations argued that keeping them from public view was a violation of the First Amendment and the public’s right of access to court records.Defense attorneys requested the records be sealed on March 26 when prosecutors agreed to drop all charges in exchange for Smollet forfeiting his $10,000 bond and completing community service. The office of the Cook County State’s Attorney did not object to the defense motion.It was not immediately clear when the more than 600 pages of records will be made public.The agreement to drop the charges in the case came as a shock to Chicago Police Department investigators who had expended countless hours probing Smollett’s claim that he was the victim of a racist and homophobic street attack on Jan. 29 near his Chicago apartment. He claimed two masked men put a noose around his neck and yelled “this is MAGA country,” a reference President Donald Trump’s campaign slogan “Make America Great Again.”Investigators eventually alleged that Smollett filed a false police report and paid two brothers to help him orchestrate the attack in an attempt to get publicity and a pay hike from the producers of the Fox TV melodrama Empire. Investigators have also said they suspect that Smollett had earlier sent himself a threatening letter to the Fox studios in Chicago, now owned by ABC’s parent company Disney, and was upset that it didn’t garner the attention he desired.On March 7, a Cook County grand jury indicted the 36-year-old Smollett on 16 counts of felony disorderly conduct.The decision to drop the charges angered Chicago Police Chief Eddie Johnson, who said he was blindsided by the decision. Then Chicago Mayor Rahm Emanuel, whose term ended this month, called the agreement prosecutors worked out with Smollett in private “a whitewash of justice” and accused the Cook Cook County State’s Attorney of giving Smollett special treatment because he is a celebrity.With all the records sealed, there were no definitive answers on why Smollett’s case was disposed of in such a secretive manner.Cook County State’s Attorney Kimberly Foxx, who had recused herself from the case because she had spoken to a relative of Smollett about the police investigation, said in media interviews that because the actor had no prior criminal record and was not charged with a violent felony, he qualified for an “alternative disposition.”Foxx said the decision did not mean that Smollett was exonerated, and expressed confidence that if the case had gone to trial he would have been convicted.Smollett, however, immediately held a press conference and professed his innocence, saying, “I’ve been truthful and consistent on every single level since day one. I would not be my mother’s son if I was capable of one drop of what I was accused of.”Smollett’s attorneys also did multiple national TV interviews characterizing the decision to drop the charges as evidence of his innocence.The actor’s attorneys argued in court on May 16 that the records in the case should remain sealed to maintain Smollett’s right to privacy.”These are not the actions of a person seeking to maintain his privacy or simply be let alone,” Watkins wrote in his ruling, referring to the media blitz Smollett and his attorneys went on in the wake of the charges being dismissed.”While the court appreciates that the defendant was in the public eye before the events that precipitated this case, it was not necessary for him to address this so publicly and to such an extent,” Watkins wrote. “By doing so, the Court cannot credit his privacy interest as good cause to keep the case records sealed.”Copyright © 2019, ABC Radio. All rights reserved.