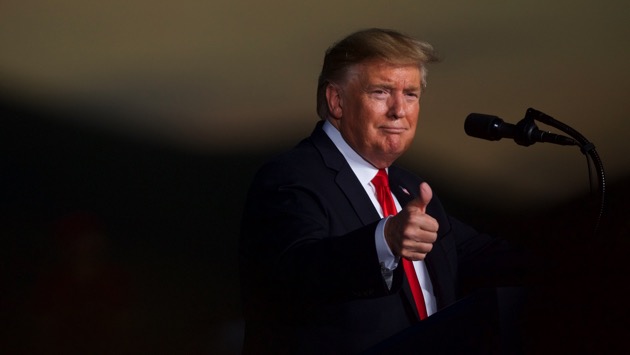 (NEW YORK) — Chicago-based financier Stephen Calk was indicted in New York on Thursday for his alleged role in a loan scheme with former Trump campaign chairman Paul Manafort, federal prosecutors announced.Prosecutors charged Calk, a banking executive, with a single count of financial institution bribery after investigators found he allegedly extended a $16 million loan to Manafort in exchange for a senior-level position in the Trump administration.In his indictment, prosecutors recount how Calk, who is expected to appear in federal court later on Thursday, provided the loans to Manafort during the 2016 campaign before sending the former campaign chief “a ranked list of the governmental positions he desired.”According to prosecutors, Calk’s list of “perspective rolls [sic]” included which “Secretary of the Treasury and was followed by Deputy Secretary of the Treasury, Secretary of Commerce, and Secretary of Defense, as well as 19 ambassadorships similarly ranked and starting with the United Kingdom, France, Germany, and Italy,” court records show.Calk, who had been an informal adviser to the Trump campaign, knew Paul Manafort “urgently needed” millions of dollars in loans to avoid foreclosure on several properties, prosecutors wrote.“Calk believed that [Manafort] could use his influence with the Presidential Transition Team to assist Calk in obtaining a senior administration position,” prosecutors said. Calk extended the loans despite the “significant red flags” in Manafort’s ability to pay, according to the FBI and, as such, put his bank at risk.If found guilty, Calk could face up to three years in prison.

Calk, wearing the same khakis and blue dress shirt he wore when he surrendered to the FBI Thursday morning, pleaded not guilty in a brief arraignment at a federal court in Manhattan and was released on a $5 million bond. He was instructed by the judge to have no contact with potential witnesses in the case, including officers and directors of the Chicago bank he ran, and allegedly defrauded in pursuit of a top job in the Trump administration.His case is due back in court on June 6.Dan Stein, an attorney for Calk told reporters on Thursday that his client “has done nothing wrong and is going to be exonerated at trial.””The banks loans to Mr. Manafort, who had by then been terminated from the Trump campaign, have nothing to do with Mr. Calk’s desire to serve.”In a statement released late Thursday morning, officials from The Federal Savings Bank where Calk worked said that the bank “is not a party to the federal criminal case in New York involving its former chairman Steve Calk, who has been on a complete leave of absence and has no control over or involvement with the bank.”Officials went on to say in the statement that “further, there is no suggestion of any wrongdoing on the part of the bank. Indeed, the Special Counsel and a federal judge determined that The Federal Savings Bank was a victim of Mr. Manafort’s crimes,” the statement said, referring to former special counsel Robert Mueller.“Stephen M. Calk abused the power entrusted to him as the top official of a federally insured bank by approving millions of dollars in high-risk loans in an effort to secure a personal benefit,” Audrey Strauss, Deputy US Attorney for the Southern District of New York, said Thursday, “namely an appointment as Secretary of the Army or another similarly high-level position in the incoming presidential administration.”Calk’s loan to Manafort had already garnered attention from congressional investigators on the House Oversight Committee and special counsel Robert Mueller’s office.In April of 2018, the bank confirmed its interactions with the special counsel’s office, telling ABC News in a statement that it had “been fully cooperating with the Special Counsel throughout his investigation and will continue to do so.”A source told ABC News Thursday that prosecutors’ case against Calk had not been referred by the special counsel’s office.Manafort helped Calk to be formally interviewed for the position of Under Secretary of the Army in or about early January 2017 at the Presidential Transition Team’s principal offices in New York. But he was ultimately not hired.Copyright © 2019, ABC Radio. All rights reserved.

Amazon driver rescues baby abandoned in Houston, reunites him with mom
Tacoma Police officer who hit at least one pedestrian with patrol car placed on administrative leave
Winter storms moving across US with snow, freezing rain and flooding
Arrest made in Indianapolis mass shooting that left five people, including pregnant mother, dead
Wealthy in Hollywood reportedly using private jets, agents, and even bribes to score COVID-19 vaccine
‘Da 5 Bloods’, ‘Mank’, ‘Soul’ among AFI’s Movies of the Year; ‘The Mandalorian’, ‘The Crown’ top TV