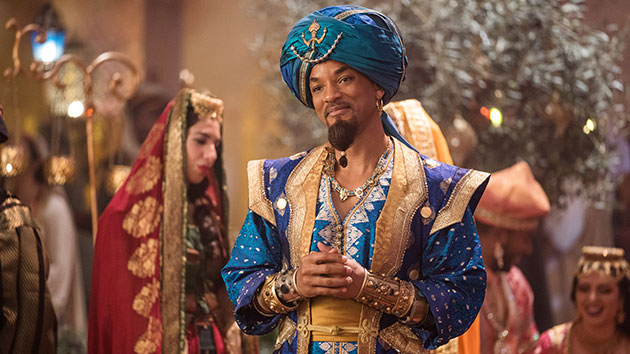 (HOLLYWOOD) — We’ve still got three days to wait before Disney’s live-action remake of Aladdin opens, but a lucky few got to see it at Tuesday night’s world premiere at the El Capitan Theatre in Hollywood.

Will Smith stars as the Genie in the film, the role originally made famous by Robin Williams in the 1992 animated original. On the purple carpet, Smith told ABC Radio he’s thrilled that two years of work is finally ready for us to see.

“This is a beautiful night, it’s been a long time coming,” said Smith. “Two years to get here, and I’m on this red carpet with a movie that I love and I’m excited to have the world see it.”

Smith said he’s equally excited about the updates made to the new Aladdin, compared to the original.

“I would say the number-one that I’m proud of is the additions to the Princess Jasmine character,” Smith enthused.  “The idea that her character wants to rule — that added such a new flavor to the interactions between Jasmine and Aladdin.”

Smith added, “And then the new song, ‘Speechless,’ I think is the greatest accomplishment of this movie.”