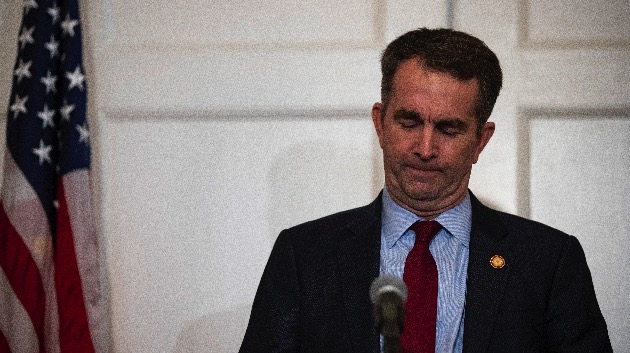 Alex Edelman/Getty Images
Posted on May 22, 2019 by ABC News

(NORFOLK, Va.) — Eastern Virginia Medical School released its report into a racist photo that appeared on the yearbook page of Gov. Ralph Northam on Wednesday but said they could not “conclusively determine” the identity of either person in that photo.”With respect to the Photograph on Governor Northam’s personal page, we could not conclusively determine the identity of either individual depicted in the Photograph. The Governor himself has made inconsistent public statements in this regard. No individual that we interviewed has told us from personal knowledge that the Governor is in the Photograph, and no individual with knowledge has come forward to us to report that the Governor is in the Photograph,” the report, released to reporters Wednesday morning, said.The photo, which depicts two individuals, one wearing blackface and the other a KKK robe, came to light in early February this year, and sparked a range of outcry and widespread calls for Northam, a Democrat, to resign his office.At a press conference the day after the photo controversy erupted, Northam said that he did not believe he is either person in the racist photo, but admitted that he did once darken his face to resemble Michael Jackson during a dance contest in 1984.”Yesterday I took responsibility for content that appeared on my page that was clearly racist and offensive. I will not excuse the content of the photo. It was offensive, racist and despicable. I was seeing it for the first time. I was unaware of what was on my page. I was appalled that they appeared on my page,” Northam said at a lengthy press conference at Virginia’s Executive Mansion on Feb. 2.”I believe now I am not either of the people in that photo. It is disgusting, offensive, racist,” Northam said.This is a developing story, please check back for updates.Copyright © 2019, ABC Radio. All rights reserved.