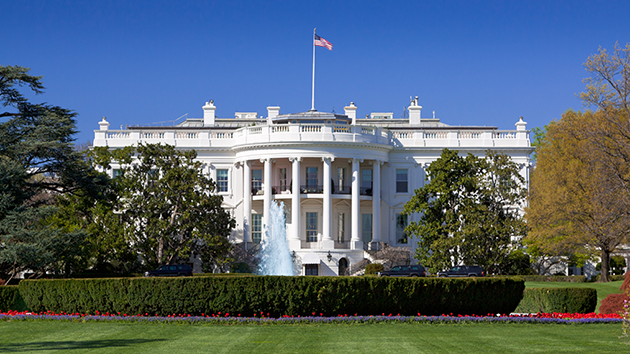 OlegAlbinsky/iStock
Posted on May 22, 2019 by ABC News

(WASHINGTON) — Yet another White House meeting between President Donald Trump, House Speaker Nancy Pelosi and Senate Minority Leader Chuck Schumer blew up on Wednesday and in classic Washington fashion, both sides worked quickly to spin what happened while sources spilled their version of what was going on behind the scenes.With the threat of impeachment all the talk in the capital, the president made a surprise Rose Garden appearance to say he had told Pelosi and Schumer he would refuse to negotiate on how to pay for a $2 trillion infrastructure plan — or deal on anything else — because Pelosi earlier in the day had accused him of “engaging in a cover-up” in the face of congressional investigations.Standing at a podium with a prepared sign attached reading “NO Collusion, NO Obstruction” Trump told reporters, “Instead of walking in happily to a meeting, I walk in to look at people that just said that I was doing a cover-up. I don’t do cover-ups.”He was angry that just hours earlier, Pelosi, after a hastily-called Democratic caucus meeting on members’ growing calls for impeachment, said, “We believe that no one is above the law, including the president of the United States, and we believe the president of the United States in engaged in a cover-up.”Sources tell ABC News that the president arrived late to the White House meeting with lawmakers and shook no hands. He told lawmakers that he is in favor of working with Democrats on infrastructure, trade, and the farm bill but then made reference to the speaker’s comments about his taking part in a “cover-up.”The sources said the president told Pelosi, Schumer, and others gathered that they needed to get all of the investigations over before they could talk about anything else. There were echoes of the meeting in January when the president stormed out of the room as lawmakers tried to come to a deal to avert a government shutdown.According to one person in the room this time, they realized something was off when Trump didn’t make his way to the center of the table, where he customarily sits, started talking and then turned around and left before anyone could respond.Senior level administration sources tell ABC News some aides close to the president tried to stop him for marching to the Rose Garden for the last-minute press conference.The president, according to sources, was mad from first thing Wednesday morning and the Pelosi remarks about a “cover-up” pushed him over the edge. He then demanded to speak to cameras.But the president may have played into Pelosi’s hands.Instead of attention aimed on how she is trying to hold her caucus back from impeachment — a step Democratic leaders think could imperil their chances of taking down Trump at the ballot box in 2020 — Pelosi and Schumer could change the focus to the president’s behavior.”For some reason, maybe it was lack of confidence on his part that he really couldn’t come — match the greatness of the challenge that we have. Wasn’t really respectful of the Congress and the White House working together,” the speaker told reporters on Capitol Hill after returning from the White House.Schumer, standing next to Pelosi, said, “It’s clear this was not a spontaneous move on the president’s part. It was planned. When we got in the room, the curtains were closed, referring to the Cabinet Room where they met, which has windows looking out on Rose Garden where preparations were being made for Trump’s angry comments.Schumer claimed Trump had planned the scene beforehand because he didn’t want to have to agree to raise taxes to pay for the giant insfrastructure package.”To watch what just happened in the White House would make your jaw drop,” Schumer said.”I pray for the president of the United States,” Pelosi told reporters. “I pray for the United States of America.”