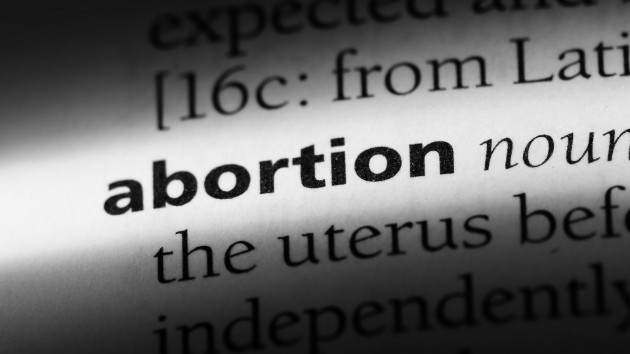 (NEW YORK) — A wave of new abortion bans in states like Alabama and Georgia, and a long list of subsequent lawsuits challenging them, has led to confusion about where the law stands from state to state. The confusion over the laws comes as little surprise, given how many have appeared in recent months. More than 350 pieces of legislation that would restrict abortion access have been introduced in states across the country this year, according to the Guttmacher Institute, a reproductive rights research group that was initially formed under Planned Parenthood but has been operating separately for years.So far in 2019, 17 bans have been signed in 10 states — but every type of bans is facing a legal challenge, and none of the laws have been enacted. In addition, while the passage of so-called “heartbeat” bans have received much attention in recent weeks, none of those laws are currently in effect.Abortion remains legal in every state. State laws that restrict abortion are almost always challenged in court, and the 1973 landmark Supreme Court ruling, Roe v. Wade, remains the law of the land for deciding if those state laws are constitutional.In recent history, states have tried to chip away at Roe by passing restrictive new rules, like a requirement that abortions are performed in ambulatory surgical centers. But that law was struck down by the Supreme Court in 2016, and the court has responded similarly to other challenges. But more recently, with the ascent of more conservative judges to the high court, anti-abortion lawmakers have pushed through much more restrictive measures — criminalizing abortion altogether, or blocking abortion after certain gestational periods, or specific abortion procedures or for certain reasons.But an introduced bill is not a passed bill, and a passed bill is neither necessarily signed nor enacted. It’s nuances like that that cause confusion over abortion rights.Outright Ban

ALABAMAOn May 15, Gov. Kay Ivey signed a bill into law that would ban almost all abortions in Alabama, the only exception being in cases where the mother’s health is at risk.The law — the most restrictive signed this year — would make it a felony for a doctor to perform any abortion where the mother’s life is not at risk, with the threat of a 99-year prison sentence if they do.Much of the controversy stems from the fact that common exceptions, such as for rape or incest, were not included in the law.The authors of the bill have said they expected the law to be dismissed by lower courts and that they hope it is taken up by the U.S. Supreme Court as a direct challenge to Roe v. Wade.‘Heartbeat’ Bans

GEORGIAOn May 7, Georgia became the latest state to ban abortions after the detection of a fetal heartbeat, which can come as soon six weeks into a pregnancy. Like all of the so-called “heartbeat” bans signed into law this year, the Georgia law immediately prompted a legal challenge.OHIORepublican Gov. Mike DeWine signed a so-called “heartbeat” ban in April, meaning that abortions after roughly six weeks would be outlawed if the law went into effect. Because the law was almost immediately challenged by the state’s chapter of the American Civil Liberties Union, the law will not immediately take effect.Similar bills had been proposed in Ohio in the past, but they were vetoed by the state’s last Republican governor, John Kasich, who said they were unconstitutional.

KENTUCKYWhen Kentucky’s Republican governor, Matt Bevin, signed a similar “heartbeat” ban in March, the law included an “emergency” declaration. The idea was that the ban would take effect immediately, but that didn’t last long. As in other states, the law was immediately challenged in court, and a district judge issued a temporary restraining order against the bill, The Courier Journal reported.

MISSISSIPPIA little over a week after the Kentucky ban was signed, Mississippi’s state legislature passed a similar “heartbeat” ban, which was then signed into law by Republican Gov. Phil Bryant.Again, the law was challenged in court, and the sponsors said they hoped it would end up before the Supreme Court.The legal process is still unfolding. The state’s court had previously shot down a 15-week ban in late 2018, making abortion rights advocates optimistic that the same court would reject this even more restrictive bill.

Expected: LOUISIANAA “heartbeat” ban has passed through the state legislature in Louisiana and Gov. John Bel Edwards, a Democrat who has been vocal about his anti-abortion beliefs throughout his political life, has said he plans to sign it.The law has exceptions for cases where the mother’s health is at risk, but no exceptions for cases of rape or incest. The law is expected to be challenged in court. Even if that wasn’t the case, the Louisiana law is tied to a law passed in Mississippi.According to USA Today, the Louisiana bill was amended to say that it would only be implemented if the Mississippi law is upheld by the 5th Circuit Court of Appeals.

Expected: MISSOURIThe bill passed by the Missouri state legislature is slightly different from other “heartbeat” bills in that it would ban abortions after eight weeks — rather than six weeks — into a pregnancy. The abortion ban was one in a series of bills that was passed in the state’s governing body. They also passed a trigger law, which would “trigger” an automatic ban on all abortions if Roe v. Wade is overturned.

In addition, the legislature tweaked the existing parental notification law so that it now requires the consent of both parents, rather than just one, and approved an abortion ban in cases where the reason for the procedure is a Down Syndrome diagnosis or the race or sex of the child.Republican Gov. Mike Parson has not signed the bill yet, but has said that he plans to. Like in all of the other states with similar laws, it is expected to be challenged in court if it becomes a law.18-week bans

ARKANSASGov. Asa Hutchinson signed an 18-week abortion ban this spring. The ACLU of Arkansas said in a statement after Hutchinson’s signing in March that they’d see him in court.In terms of an 18-week ban’s precedent in court, laws banning abortion at under 20 weeks have been found unconstitutional by courts, and in March, a federal judge in North Carolina ruled a 20-week ban unconstitutional.

UTAHIn March, Utah Gov. Gary Herbert signed a bill banning abortions after 18 weeks and then a second bill that banned the procedure in cases where the reason for the procedure was a Down syndrome diagnoses.The ACLU of Utah and Planned Parenthood Association of Utah filed a lawsuit against that state’s law. The Utah attorney general issued a preliminary injunction to keep the ban from taking effect, per The Salt Lake Tribune.Dilation and Evacuation BansIndiana Gov. Eric Holcomb and North Dakota Gov. Doug Burgum both signed bills banning the dilation and evacuation (D&E) abortion procedure, which is the primary procedure used for second-trimester abortions, in April. These laws effectively ban second-trimester abortions.The ACLU challenged the Indiana bill, the Indianapolis Star reported in April. A preliminary injunction was issued, blocking the bill from being enacted, and the case is ongoing.The Red River Women’s Clinic in Fargo, the only abortion provider in North Dakota, said they would wait for a decision in an Arkansas case before deciding if they’ll sue over the law, USA Today reported.That’s not the only ongoing legislation: the Kansas Supreme Court ruled their version of a D&E ban unconstitutional in a late April ruling.

Discrimination BansSome states have begun attempting to ban abortions based on the reason that patients choose to get them. Anti-abortion lawmakers refer to these as abortion “discrimination.”This year, such bills were signed in Arkansas and Kentucky. Arkansas Gov. Hutchinson signed a bill banning abortions done on the basis of a Down syndrome diagnosis.Kentucky Gov. Matt Bevin signed a bill that bans abortions done on the basis of the gender, race or disability diagnosis of a fetus. The ACLU challenged that law and it has been blocked from going into effect. The case is ongoing.

“Trigger” BansMeanwhile, some states have enacted preemptive bans. So-called “trigger” laws have been put in place in Arkansas, Kentucky and Tennessee this year that would make abortion illegal in those states should Roe be overturned on the federal level.

Supreme Court PossibilitiesWhile this year’s bills are just beginning to face legal challenges, others have already started down the pipeline, with the possibility of reaching the Supreme Court and impacting federal precedent.The main contenders for cases that could end up before the Supreme Court include bills from Kentucky, Louisiana and Indiana. Copyright © 2019, ABC Radio. All rights reserved.