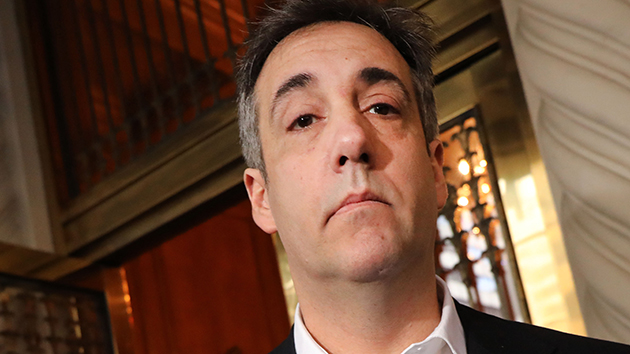 Photo by Spencer Platt/Getty Images
Posted on May 22, 2019 by ABC News

(WASHINGTON) — Michael Cohen, President Donald Trump’s former attorney and fixer, exchanged hundreds of phone calls and text messages with Columbus Nova, the American financial firm tied to Russian oligarch Viktor Vekselberg, according to court document unsealed Wednesday.The communications began the day Donald Trump was elected and lasted for the next eight months, the document said.“Telephone records related to Cohen’s cellular telephone show that on or about November 8, 2016, the day of the presidential election, a telephone registered to Cohen exchanged the first in a series of text messages with the CEO of Columbus Nova, LLC,” the document said.“Between approximately November 8, 2016 and July 14, 2017, telephone records showed over 230 telephone calls and 950 text messages were exchanged between Cohen’s cellular telephone and the CEO of Columbus Nova.”The document was among a total of five search warrant applications were unsealed by the order of a federal judge in Washington, DC on Wednesday at the request of news organizations. They show how federal prosecutors were initially suspicious of Cohen’s Russia contacts and possible violations of the Foreign Agents Registration Act (FARA), though ultimately those were not part of the charges that sent Cohen to prison for three years.FARA requires agents working on behalf of a foreign government “political or quasi-political capacity” to identify themselves as such and provide information relating to their activities and financing to the U.S. government.The feds were also curious, the documents show, about Columbus Nova’s payments of nearly a half million dollars to a consulting company that Cohen established.“The United States continues to investigate if any of the payments or financial relationships…were connected to Cohen’s involvement in the distribution of a plan to lift Russian sanctions,” the document said.Cohen’s attorney, Lanny Davis, did not immediately respond to an email from ABC News requesting comment on the new disclosures.Earlier this month Cohen, who pleaded guilty in 2018 to charges of campaign finance violations, lying to Congress and a bevy of financial crimes, reported to the federal corrections facility in Otisville, New York, to begin serving his sentence.Federal prosecutors implicated the president in Cohen’s campaign finance violation, writing in court documents that then-candidate Trump directed Cohen to make payments in an effort to keep adult film actress Stormy Daniels and former Playboy playmate Karen McDougal from making their allegations of affairs with Trump public. Trump has denied directing Cohen to break the law.Copyright © 2019, ABC Radio. All rights reserved.