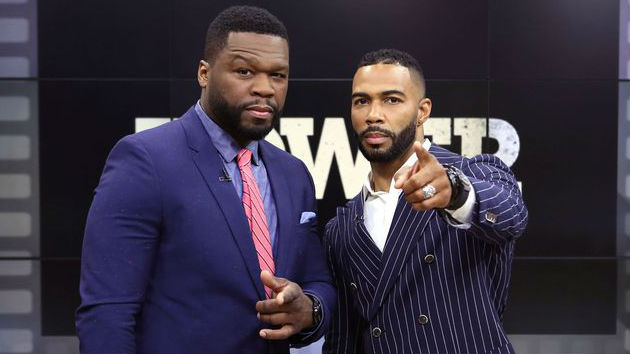 (NEW YORK) — Omari Hardwick is opening up about his unique relationship with Power co-creator 50 Cent, who, Hardwick admits, sometimes takes jabs at him online.

In a recent interview with ABC Radio, Hardwick says even with his close relationship to 50, he’s still finds himself a target when the rapper decides to have a little fun on social media. However, when that occurs, Omari says he definitely holds his own.

“If you’re raised like Omari or 50, then you’re going to challenge each other,” Hardwick explains. “Obviously, he challenges people. And as you know, Omari ain’t afraid to go after people on Instagram either. So, sometimes I’ll reach out and I’ll say, ‘Five, why do you do that?’ And he gives me an explanation for why he did that. Which means that he respects me enough to give me an explanation, because he could really ignore. And he doesn’t.”

Omari explains that his and 50’s relationship is built on trust and the fact that they have both survived adversity in their lives, including losing close loved ones to violence and growing up in tough urban settings. Hardwick says that it’s those similarities that bring them together– in addition to 50 being the main catalyst behind his critically-acclaimed role as Ghost on the hit crime drama Power.

“You’re going to get a different level of respect for each other when, when each other sort of allows each other to be that thing,” Hardwick explains. “50’s fun man. At the end of the day, he’s a fun, super intelligent cat, who again — and I said — he changed my life.”

Vin Diesel marks 20 years of ‘The Fast and the Furious’
The inequities of PPP: Megachurches, large corporations receive money ahead of small businesses
Dems aim to address Biden priorities as Senate returns with impeachment trial looming
‘The Bachelor’ recap: A night of drama ends with a shocking departure
Survey says 60% consider themselves “total film buffs” thanks to pandemic binge-watching
Armie Hammer apologizes to Miss Cayman organization in latest online controversy