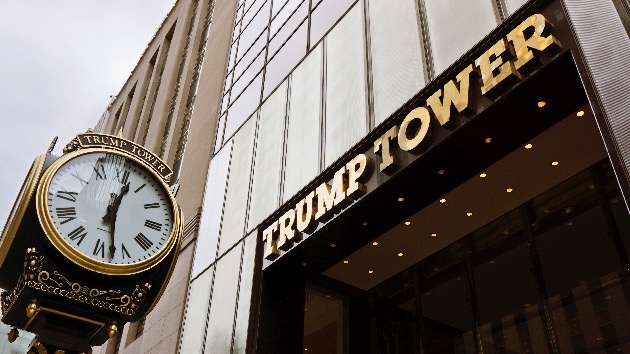 (NEW YORK) — A New Jersey man who threatened to shoot everyone at a pro-Israel rally and said he wanted to “bomb Trump Tower,” was arrested Wednesday on charges of trying to provide support to Hamas.Jonathan Xie, 20, of Basking Ridge, allegedly had social media accounts loaded with terror propaganda, according to the FBI. The agency said he had also declared support for Syrian leader Bashar al Assad, former Iraq leader Saddam Hussein and North Korea.In April, Xie allegedly appeared in an Instagram Live video in which he said he was against Zionism and the neo-liberal establishment. In the same video he displayed a Hamas flag, retrieved a handgun and stated “I’m gonna go to the [expletive] pro-Israel march and I’m going to shoot everybody.”In another Instagram post quoted in court documents, Xie said, “I want to shoot the pro-Israel demonstrators…you can get a gun and shoot your way through or use a vehicle and ram people…all you need is a gun or a vehicle to go on a rampage.”FBI surveillance observed Xie outside of the Trump Tower building in New York City around April 20 of this year. Shortly thereafter, Xie posted two photos to his Instagram account, according to Instagram records.One photo had the words “I want to bomb Trump Tower” imposed over the building image, and the other photo had the words “[S]hould I bomb Trump Tower,” a “Yes/No” poll, and an emoji of a bomb imposed over an image of the Trump Tower building.Xie subsequently posted on Instagram, “Okay, so I went to NYC today and passed by Trump Tower and then I started laughing hysterically…I forgot to visit the Israeli embassy in NYC…i want to bomb this place along with trump tower.”He was arrested without incident on Wednesday morning, and is due to make an initial appearance in federal court in Newark in the afternoon.

This is a developing story. Please check back for updates.Copyright © 2019, ABC Radio. All rights reserved.