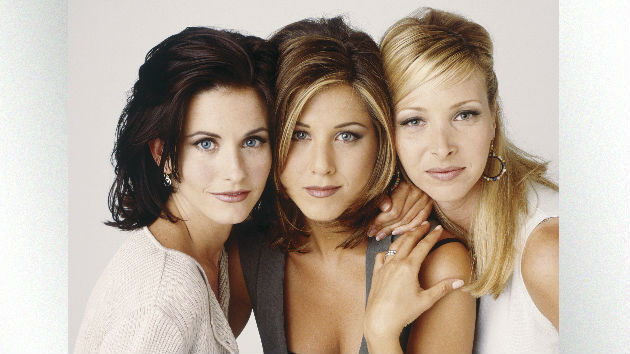 Photo by NBC/NBCU Photo Bank via Getty Images
Posted on May 22, 2019 by ABC News

(LOS ANGELES) — Lisa Kudrow has been in the public eye for decades, but being a celebrity hasn’t always been easy.The actress told WTF podcast host Marc Maron that during the production of Friends, she felt extra pressure to be thin. She said that she had been self-conscious acting alongside Courteney Cox and Jennifer Aniston, who are shorter than she is.”My bones feel bigger. I just felt like this mountain of a woman next to them,” the 5-foot-8 actress explained. By comparison, Cox and Aniston are a full three inches shorter.

“Unfortunately for a woman, if you’re underweight, you look good and that’s all I ever got,” she told Maron, adding, “And when I was too thin, I was sick all the time: a cold, a sinus infection, some kind of flu. I was always sick.”

She tells Maron she’s long since embraced her body, particularly as she gets older.Kudrow, 55, starred as Phoebe Buffay on Friends for 10 years; the show ended in 2004, but years before that, the five co-stars famously negotiated a $1 million per episode salary.

The actress told Maron that she’s still being paid for her work on the sitcom, which is now streaming on Netflix and airing in syndication around the world.

She’s also stayed friendly with Cox and Aniston, as well as her other co-stars David Schwimmer, Matthew Perry, and Matt LeBlanc.”We had dinner [at Aniston’s home] a couple years ago — everybody — for the first time since we were finished,” she said. “We just laughed! It was really fun.”