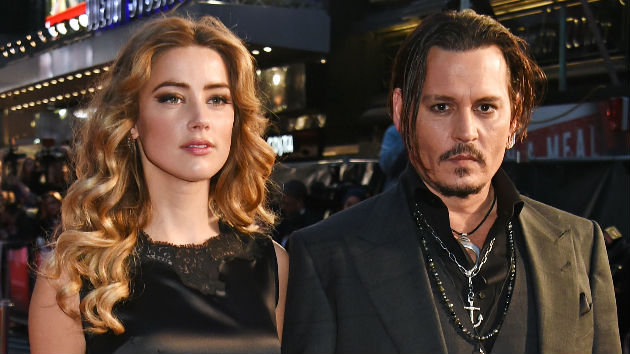 Photo by David M. Benett/Dave Benett/WireImage
Posted on May 22, 2019 by ABC News

(LOS ANGELES) — After serving his ex-wife, Amber Heard, with a $50 million defamation lawsuit back in March, Johnny Depp is now claiming the physical injuries the Aquaman actress says he inflicted on her were “painted on bruises.”

The defamation suit was in response to a piece Heard wrote for The Washington Post about domestic abuse.

In a court document obtained by Deadline, Depp claims he never abused Heard or any other woman, adding, “She was the perpetrator, and I was the victim.”

“While mixing prescription amphetamines and non-prescription drugs with alcohol, Ms. Heard committed innumerable acts of domestic violence against me, often in the presence of a third-party witness, which in some instances caused me serious bodily harm,” Depp goes on to allege in the statement.

Depp’s latest salvo in his ongoing battle with Heard comes at the same time the Buckley LLP lawyers, who helped him score a victory over his former attorney of 20 years, Jacob Bloom, are suing Depp over profits from his career they claim he owes them.

In a Monday court filing, Fredrick Levin, Michael Rome and Ali Abugheida claimed Depp hasn’t paid the $347,979.89 remaining on his already discounted $535,697.28 bill. The trio allege their firm was promised the cash by last week after Depp fired them in January, supposedly in an effort to cut his expenses.