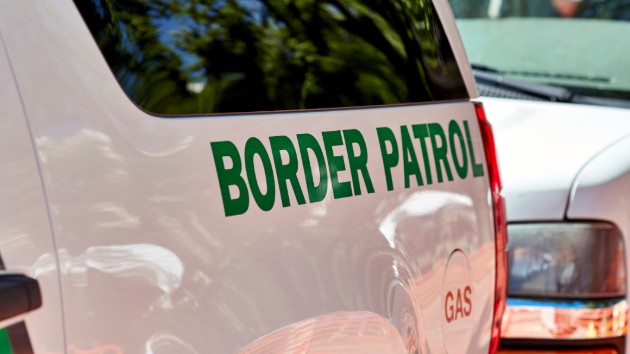 (MCALLEN, Texas) — U.S. Customs and Border Protection has stopped taking in undocumented migrants at a border processing center in McAllen, Texas, citing a “large number” of people in custody with high fevers and other flu-like symptoms. The center is one of the busiest spots along the Mexico border and a short drive to a Border Patrol station where a 16-year-old boy died earlier this week.CBP hasn’t said how many people have grown ill or where new migrants arriving at that part of the border will be sent. The agency said medical staff were on hand to treat people who were ill. “To avoid the spread of illness, the Rio Grande Valley Sector has temporarily suspended intake operations” at the Central Processing Center in McAllen, the agency said in a statement. “Individuals apprehended in RGV Sector will be held at other locations until this situation is resolved,” the agency added. An earlier proposal to fly migrants to U.S. border stations in coastal or northern states, including Florida, in a bid to lessen the burden at sites like McAllen was scrapped last week after the White House intervened and President Donald Trump declared via Twitter that no more undocumented migrants would be allowed past the southern border. The law requires that border authorities process migrants seeking asylum, and a federal judge has limited detention for children.The latest death of a child in custody was a teen who appears to have been traveling without his parents. CBP said he had been waiting at a U.S. Border Patrol station outside of McAllen, Texas, to get picked up by the Department of Health and Human Services when he was found unresponsive on Monday. He had been in government custody for a week waiting to be transferred to HHS, which overseas care for “unaccompanied” migrant minors. He was the third migrant minor to have spent time in U.S. custody in the past month, and the fifth child to die in six months.Acting Homeland Secretary Kevin McAleenan was scheduled to testify on Capitol Hill on Wednesday. Democrats, who identified the teen as Carlos Gregorio Hernandez Vasquez, have already called for an investigation.Copyright © 2019, ABC Radio. All rights reserved.