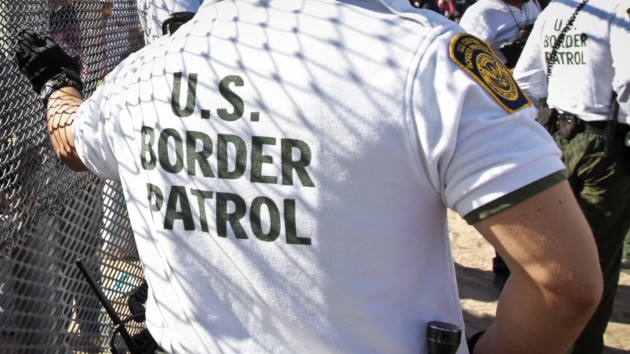 (WASHINGTON) — The Congressional Hispanic Caucus is demanding answers on the latest death of a minor who had been apprehended at the border.The 16-year-old, who was traveling without his parents, died at a U.S. Border Patrol station on Monday while waiting to be picked up by the Department of Health and Human Services. Joined by fellow Democratic caucus members, Rep. Joaquin Castro, D-Texas, said Tuesday that the Trump administration must end policies that force migrants to remain in Mexico during the asylum process.”This is an epidemic of death by the Trump administration,” Castro told reporters.The Hispanic Caucus chairman accused the administration of withholding information from Congressional inquiries, citing the recent death of a 2-year-old whose name has not been made public.”They’re concealing the truth of these atrocities to the American people,” Castro said.Democrats have consistently railed against the administration, following the recent deaths of minors in U.S. custody, with threats to launch congressional inquiries and oversight probes.The death on Monday of 16-year-old Carlos Gregorio Hernandez Vasquez, marks the third time in the past month that a minor has died after being apprehended along the border.U.S. authorities have struggled to handle the influx of migrant families and children who, according to U.S. Customs and Border Protection, mostly turn themselves over to agents after crossing.According to the CBP, Vasquez was picked up on May 13 near Hidalgo, Texas, and was sent to the Weslaco Border Patrol Station in the Rio Grande Valley.Federal law generally requires minors to be transferred to a Health and Human Services shelter within 72 hours of their arrest. A CBP official said officers follow instructions from HHS in determining where and when to send apprehended kids.CBP said in a statement on Monday that the teen had been found unresponsive earlier in the day.”The men and women of U.S. Customs and Border Protection are saddened by the tragic loss of this young man and our condolences are with his family,” said acting CBP Commissioner John Sanders. “CBP is committed to the health, safety and humane treatment of those in our custody.”Mexican and U.S. authorities have warned of the dangers migrants face in attempting to make the journey north. Last year, Border Patrol recorded 283 migrant deaths along the southern border. Copyright © 2019, ABC Radio. All rights reserved.