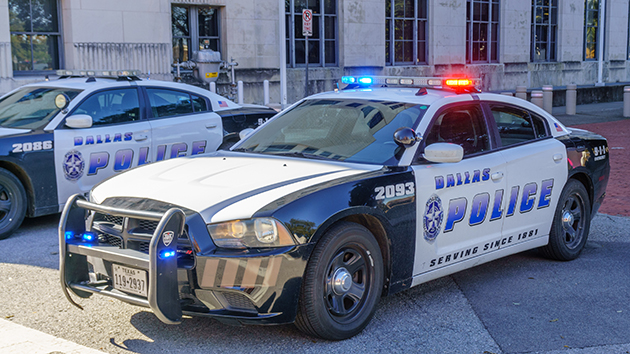 (DALLAS) — Dallas Police Department officials are investigating a possible connection between attacks on three transgender women over the past seven months, and whether they should be deemed hate crimes.All three victims were black, and only one survived.”At this time, the department is actively looking into whether or not these assaults [and] murders have any connection to one another,” Dallas Police Maj. Vincent Weddington said at a press conference Tuesday. “At this time, we have not been able to draw up an affirmative link between these offenses. We’re working to see if there is any link.”The latest victim, Muhlaysia Booker, was found shot to death on a street in northeast Dallas on Saturday morning, according to police.Booker had been assaulted by a group of people in the parking lot of an apartment complex in a separate incident last month. She told police that the beating occurred after a minor traffic accident and that her attackers shouted homophobic and transphobic slurs at her. The incident was captured in a video that was shared widely on social media.Two days later, police arrested Edward Thomas, 29, for his alleged role in the aggravated assault. He was held at the Dallas County Jail and later released on $75,000 bond, according to jail records.A second transgender woman, 29-year-old Brittany White, was shot and killed inside her car in southeast Dallas in October 2018, according to police.Another transgender woman was stabbed multiple times and left to die in April 2019. But she survived the attack and gave detectives a description of the suspect, police said.All three cases remain open investigations. Two of the victims were attacked after getting into a vehicle with someone, while one victim allowed someone into her car, according to police.”These cases, although not directly related at this time, do have similarities the public needs to be made aware of,” Weddington told reporters.The Dallas Police Department is holding a town hall with the city’s LGBTQ community on Thursday evening.In a 2018 assessment of anti-LGBTQ crimes in the United States, the Human Rights Campaign recorded at least 26 violent deaths of individuals who identify as transgender. At least five transgender people have been violently killed across the nation so far this year.

In 2nd Trump impeachment trial, will Chief Justice John Roberts preside?
Trump plans to leave in dramatic fashion yet continues to stay out of sight
Armie Hammer apologizes to Miss Cayman organization in latest online controversy
At least 21 states activating National Guard troops in capitals to prepare for possible attacks
Damaging winds expected in California, heavy snow for the Rockies and Eastern Great Lakes
‘WandaVision’ star Paul Bettany on his father’s struggle to come out of the closet