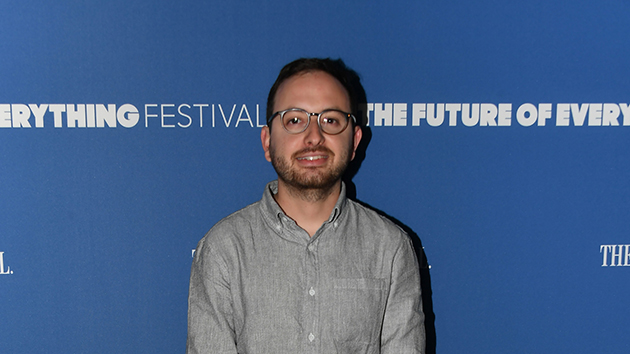 Photo by Nicholas Hunt/Getty Images
Posted on May 22, 2019 by ABC News

(NEW YORK) — The CEO of the company that processes background checks for Uber and Lyft called the alleged Somali war criminal who drove for the companies an “edge case.”Checkr co-founder and chief executive, Daniel Yanisse, said that Yusuf Abdi Ali, a former driver, cleared the company’s background checks because he has no criminal record in the U.S.Ali has not been criminally charged in the U.S., but was found liable for torture in his native Somalia in a U.S. court on Tuesday, concluding a 15-year-long civil suit.”This is really an edge case. This individual does not have a criminal history in the U.S. or is on any international sanctions list,” Yanisse said at the Wall Street Journal’s Future Of Everything Festival in New York City on Tuesday. “He was screened by the FBI and the TSA and the federal government, and also passed those tests, so there’s really no criminal data we can report on that individual.””We’ve done our job as the first pass, but background checks are not a silver bullet — it’s really all of the data that is available to make decisions. We continuously integrate and improve our systems,” Yanisse added.Hours after Yanisse’s statement, a federal jury in northern Virginia ruled that Ali, as then-commander of the Fifth Brigade of the Somali National Army, was liable for torturing a farmer, Farhan Mohamoud Tani Warfaa, from 1987 to 1988, according to court documents. It also awarded Warfaa $500,000 in damages.Warfaa’s suit claims Ali ordered soldiers to repeatedly chain and detain him in a tiny space, ordering the beatings at least nine times. He also said Ali shot at him under the belief he was a member of an opposition group and left him for dead, ordering his guards to dispose of Warfaa’s body, the suit claims.Ali’s lawyer, Joseph Peter Drennan, told ABC News that Ali could not pay the damages and has been fired from Uber and Lyft since his work as a ride-share driver was revealed by an undercover CNN investigation published on May 15.The story of Ali, who has not been criminally charged, highlights a blind spot in background searches frequently used by companies in the hiring process, particularly by ride share companies like Uber and Lyft.While speaking with undercover CNN reporters, Ali said that he preferred to drive for Uber, and that the background check process had been easy. His Uber profile on the app had been active for 18 months, and he had a 4.89 rating.”If you apply tonight maybe after two days it will come, you know, everything,” Ali said in the video, referring to the approval.Uber said that Ali’s access to the app had been “permanently removed.””All drivers must undergo a driving and criminal history background check reviewing local, state and national records, and we evaluate eligibility in accordance with criteria set by local laws,” the company said in a statement to ABC News.After the CNN report, Ali was permanently banned from Lyft, for which he drove from August 2017 to September 2018, for a total of 76 rides.“The safety of our community is our top priority and we are horrified by the allegations described,” a Lyft spokeswoman told ABC News. “Before giving a ride on the Lyft platform, all driver-applicants are screened for criminal offenses and driving incidents in the United States. We have permanently banned this driver from our community.”Ali also worked as a private security guard at Dulles International Airport in 2016, until CNN revealed his employment in light of Warfaa’s civil lawsuit.In 2016, Master Security, a contractor that provides security guards to the Metropolitan Washington Airports Authority (MWAA), told ABC News the company had not been aware of the pending civil litigation against Ali, but later launched an investigation after CNN published its report.”Master Security’s employees are subject to the full, federally mandated vetting process in order to be approved for an airport badge, including a criminal history record check by the FBI and a security threat assessment by the TSA,” the company told ABC News at the time. “In addition, the contract with Master Security requires that all employees be licensed security guards by the Commonwealth of Virginia. We have verified that all of these processes were followed and approved in this instance.”Checkr’s Yanisse said that the company’s background checks rely on government records which are verified, and not other search methods.”A lot of things on the internet can be very subjective and unverifiable,” Yanisse said, adding that the company’s role is to provide maximum accuracy and only to share facts. “Really the standard of safety is getting higher and higher.”Checkr also completes the background checks for the companies Instacart and Zillow. Yanisse said balancing fairness is difficult because 30% of Americans have some sort of criminal record.”We want to provide safety but we want to make sure our background checks are not so limiting they block millions of people from getting jobs,” he said. Copyright © 2019, ABC Radio. All rights reserved.