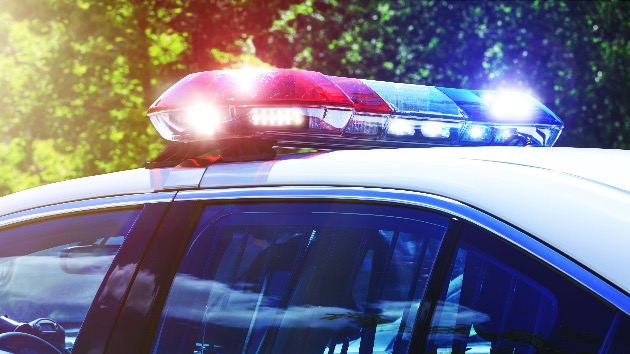 (SACRAMENTO, Calif.) — Police officers in California’s capital are coming under fire after a video surfaced showing them tackling a 12-year-old black child and placing a “spit mask” over his head before handcuffing and arresting him.The incident occurred in April near a carnival in Sacramento and resulted in the child being arrested on charges of battery on an officer and resisting arrest, said Sacramento Police Department officials. The boy was later turned over to the custody of his parents.But community activists and a lawyer for the child called the incident an example of excessive force on a child who weighs less than 80 pounds.“He’s a little bitty kid. None of this should have come down the way it did,” the child’s attorney, Mark T. Harris, of the Benjamin Crump law firm, told ABC affiliate KXTV in Sacramento.The incident comes a little over a year since days of protest broke out in Sacramento over the police shooting of Stephon Clark, a 22-year-old unarmed black man who was shot at in his grandmother’s backyard.A video of the April 28 arrest of the juvenile surfaced Tuesday after members of Black Lives Matter Sacramento and Harris posted it on social media.A Sacramento police spokesman said officials are “looking at the entire incident.””The facts are that our officers were in the area and they observed a security guard who was chasing someone and our officers were simply trying to help that security guard,” Sacramento Police Sgt. Vance Chandler told KXTV. “The juvenile spit in the face of our officer multiple times. And a spit mask was put on the juvenile. It wasn’t something else and we want to make sure our entire community knows what a spit mask is.”The mask is a synthetic, mesh bag used by police officers to protect them against bodily fluids.In the video, a private security guard is seen chasing the child before two police officers join in and detain the boy, whose name has not been released. A struggle ensues and the boy is seen in the video spitting in the officers’ face before he is taken to the ground and the spit mask is placed over his head.”Yeah, I spit on you all,” the boy is heard saying in the video as a female officer is seen wiping her cheek.The arrest occurred around 7:45 p.m. near a carnival and drew the attention of passersby who began filming the incident with cellphones and yelling at police. One man is heard in the video yelling, “Look at that, look at that, police brutality.”“We want to make sure that the greater Sacramento community, the state of California and the world is aware of what happened to this young man, who was doing nothing more than trying to enjoy the benefits of a neighborhood carnival,” Harris said in a video he posted of the incident on social media.

Trump plans to leave in dramatic fashion yet continues to stay out of sight
Coronavirus live updates: California calls for pausing use of Moderna vaccine lot
Damaging winds expected in California, heavy snow for the Rockies and Eastern Great Lakes
‘WandaVision’ star Paul Bettany on his father’s struggle to come out of the closet
In scathing draft of letter never made public, Trump chided James Comey for ‘erratic,’ ‘self-indulgent’ conduct
Newborn giraffe dies when mother accidentally steps on its neck after giving birth