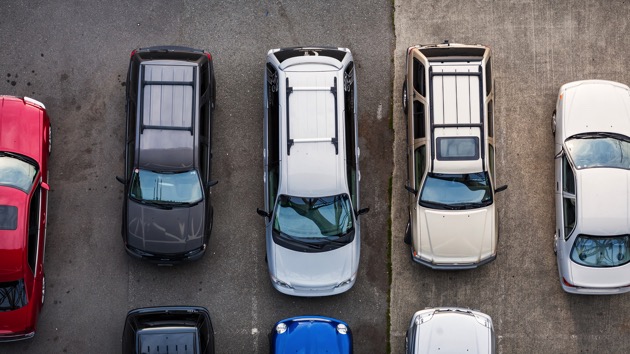 (JACKSONVILLE, Fla.) — A baby girl died after she was left in a scorching hot van outside a Jacksonville, Fla., day care for nearly five hours on Wednesday, officials said.Deputies were sent around 1 p.m. to the Ewing’s Love & Hope Preschool and Academy, where they found a baby girl — a few months old — unconscious and not breathing, Jacksonville Sheriff’s Assistant Chief Brian Kee said at a news conference.The baby had been in a van outside the day care from about 8 a.m. to 1 p.m., Kee said.It’s believed she suffered a “heat-related injury,” Kee said. Her name was not released.No arrests have been made but investigators are meeting with prosecutors to determine what charges are appropriate, Kee said.No other children were hurt, Kee said, adding that interviews were ongoing.The temperature reached 92 degrees in Jacksonville on Wednesday.ABC News’ call to the day care was not immediately returned.The Department of Children and Families in Duvall County has begun the process of issuing an emergency suspension order to cease operations at the facility, the agency said in a statement. The facility has been licensed with DCF since 2016.”We are all just beyond devastated,” Amber Rollins, director of the national nonprofit KidsAndCars.org, told ABC News on Wednesday.The group is advocating for mandatory alarm technology in cars.”We have to do more,” Rollins said. “This cannot continue to happen week after week, year after year when the solution is right at our fingertips.”Hot car deaths reached a record level last year with at least 52 children killed, according to KidsAndCars.org.Just this week, a 2-year-old boy was rescued after he was left in a hot car in Georgia.

15-year-old girl missing from Falls Creek after running away
Nearly a dozen ex-military members among those arrested in connection with Capitol riot
National Rifle Association files for Chapter 11 bankruptcy
Horn helmet-wearing, painted face Capitol rioter should remain in custody: DOJ
Two US COVID variants have been identified. What does that mean for vaccines?
Shawn Johnson pregnant with baby No. 2 with husband Andrew East