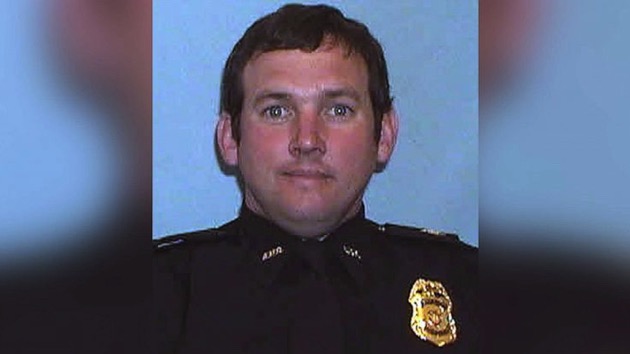 (ATLANTA) — A white Atlanta police sergeant was fired after a cell phone video surfaced showing him allegedly yanking a black woman from her car, slamming her to the ground, punching her in the face and deploying a stun gun on her during an arrest this month in front of her 4-year-old daughter.All charges against the woman, Maggie Thomas, are expected to be dropped after a cell phone video surfaced of the incident earlier this month and demands from the woman and her attorney that Sgt. James Hines be fired.In a statement released to ABC News on Wednesday, Atlanta police officials said they were made aware of the incident on May 10, and launched an investigation that led to the sergeant’s dismissal and a recommendation from police to prosecutors to drop the charges against the woman.”Accordingly, the Chief of Police directed the Office of Professional Standards to immediately begin investigating the circumstances surrounding this incident,” the police statement reads. “Following its investigation, the Office of Professional Standards determined that the force used during the arrest was unnecessary and inconsistent with Atlanta Police Department training. Subsequently, Sergeant Hines was dismissed from employment on May 17, 2019.”Thomas said the episode unfolded on May 1 when Hines approached her car as she and her child sat inside and began questioning her. The incident, according to her attorney, quickly escalated into police brutality.”A recommendation has been made to the City Solicitor that consideration be given to the dismissal of the charge against Ms. Thomas,” the police department’s statement reads.Thomas’ attorney, Gerald Griggs of Atlanta, told ABC News that Thomas was arrested on a traffic warrant that he said was issued in error and disorderly conduct.In an incident report released by police, Hines wrote: “I asked Ms. Thomas if the car was hers and she said it was. I then told her that the car had no insurance and to make sure that she did not drive it.”Hines wrote that Thomas became “agitated” and told him, “There shouldn’t be a white officer harassing her” and asked for the name of his supervisor.He claimed that he gave Thomas the name of his supervisor and left the scene.”As I got a block or so away I began to wonder why she became so agitated at my mere presence and ran her name,” he wrote.Hines wrote that a warrant came back on Thomas for failing to appear in court for a speeding ticket.Hines, according to his report, went back to Thomas’ car and demanded to see her driver’s license and the incident quickly escalated.He wrote that Thomas refused to cooperate and that when he attempted to take her into custody, a struggled ensued.”I then took Ms. Thomas to the ground and she still refused to give me her right hand. I took out my Taser and drive-stunned her in the back,” Hines wrote. “She then began to comply and I eventually was able to get both hands cuffed.”He wrote that as he was walking Thomas to her car, she began struggling with him again and “bent over and bit my right hand.””I immediately punched her in the face and she fell to the ground,” Hines wrote.Hines could not be reached by ABC News for comment.Griggs said Thomas never bit the officer’s hands, and that the circumstances of the episode did not warrant such brutal force.”She wasn’t driving. She hadn’t been driving and he made contact with her twice,” Griggs said of the officer.When the officer approached Thomas the second time and asked for her name, she told him, according to Griggs, “‘I just gave you my name when you ran everything the first time."””She starts asking him what’s the warrant for and then her baby, the 4-year-old, latches onto her and he Tasers her,” Griggs said.In a cell phone video Griggs shared with ABC News, the officer is seen slamming Thomas to the ground, and punching her in the face before he deploys a stun gun on her and places her in handcuffs.Griggs said Thomas was punched in the left eye during the encounter.”She still has headaches. You can still see the bruising,” Griggs said. “She’s getting counseling for the traumatic effects of this incident and her daughter is getting counseling as well.”